A group of German and Russian doctors performed a unique operation in the Russian Research Center of Surgery on November 6. Two artificial ventricles were implanted to the heart of a 54-year-old patient. 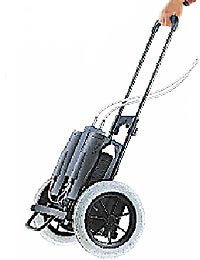 Over eight millions people in Russia are diagnosed with chronic cardiac insufficiency; the majority of them are absolutely dependent upon medicines. But sometimes medicines cannot help such patients and doctors have to offer surgery: surgeons implant a heart pacemaker or a special reticular frame which prevents the heart from expanding, replace mitral valves and even perform heart transplantation.

The 54-year-old patient, a famous researcher, an active and energetic man began to suffer from heart deficiency after diphtheria in 1998. He had tried all possible treatment modes by 2005 and heart transplantation was believed to be the only salvation for him. However, it takes quite a long period for patients in Russia to wait for available donor organs for transplantation. That was the reason why doctors offered the patient transplantation of two ventricles at once. Such apparatuses are produced in Germany; doctors of the Russian Research Center of Surgery were on probation there as well. A group of German surgeons with well-known surgeon Roland Hetzer at the head came to Moscow to perform the operation together with Russian colleagues.

The operation consisted in attaching both ventricles to pumping compartments which perform the ventricle function. The compartments are implanted into the abdominal cavity of a patient, and its compressors remain outside the body placed into a wheeled bag resembling ones that housewives take to the market to deliver heavy purchases home. This device may help patients live for many years when either a patient's own heart gets restored or a donor heart may be available for transplantation. Over 1,500 operations of this type have been successfully performed in Germany.

Doctors of the Bakulev Research Center for Cardiovascular Surgery successfully conducted the first implantation of a ventricle on Vladimir Tsarev, 48, from the city of Ufa in 1998. The patient lived for a year with the device and died of an infectious disease. Later, the Center's surgeons performed another operation of the  type. In both cases doctors used an American autonomous model weighing 3 kg; a storage battery of the device allows patients to move free within 12 hours. The device costs $ 50,000. The German device used for the recent operation costs $140,000, the enterprise where the patient works paid for the device. It is because of the device's high price that Russians cannot afford such an operation. Unfortunately, Russian research enterprises cannot develop similar devices because of lack of financing.