Europe tired of following in footsteps of the US space policy 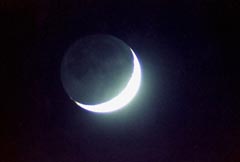 When on 14 January last year US president George W. Bush called the Moon and Mars new strategic points of American space industry he clearly indicated it's main goals: “To provide for the interests of the USA in science, security and economy with the help of powerful space exploration program”.

In his speech, however, the head of the White House emphasized that US interest in Moon and Mars “is a journey, not a race” and invited “other nations to join us on this journey, in the spirit of cooperation and friendship”. At the same time not to give another countries a chance to think they are invited to take part in Moon and Mars plans of the US as equal partners, the president made a reservation. He said that the USA would use the opportunities provided by the international cooperation in order to achieve American goals of space exploration.

NASA Administrator of that time Sean O'Keefe was even more frank. He called the future moon and Mars expeditions “a US-led endeavor”. He said: “That's our intent. And, again, much of what we have been directed and what the president envisions we do is to achieve this set of American, U.S. exploration objectives. To the extent we can do this collaboratively, cooperatively and in partnering with international participation, we are encouraged to do so”.

It is not the first time the US demonstrate such an open egoistic and consumptive attitude towards international cooperation. Even before president Ronald Reagan announced the launch of a program for installing a space station “Freedom” (later transformed into International Space Station “Alfa”) in 1984 NASA Administrator James Beggs said in 1983 that the aim of the program was maintaining American leadership in space. At that time he explained that if the USA could organize international cooperation other countries would be spending their resources on collaboration either then on competition with the States.

At the beginning of the 1980s Europe was actually America's “younger brother” in terms of its space exploration potential. Besides, the Old World countries had to stress their Atlantic unity with the main ally under the conditions of another escalation of cold war. That is why Europe joined the Freedom program.

At the beginning of the 21st century the situation changed. Thanks to Arian carrier rockets European countries became almost independent from the US in systems of placing into orbit. Besides, the cooperation with Russia allowed these countries to gain experience in manned space missions not only through shuttle missions. Moreover, in 2001-2003 European Space Agency under Aurora program had already considered manned lunar-landing mission for 2024 and Mars-landing mission for 2033. These plans were reconsidered in 2003 with new dates announced. The lunar-landing was planned for 2018-2019 and the permanent moon base was to be installed in 2025.

Europe started distinguishing its space interests from the American ones more clearly and defending them more consistently. Europe was not really excited by the US turning to Moon and Mars. These can be explained by several reasons.

First of all, European doubts about American devotion to ISS program increased. It is possible that NASA will reduce the number of 28 remaining shuttle missions. In this case Columbus, 13-tonne habitation module with internal volume of 75 cubic meters, the launch of which was postponed till 2006-2007, probably will not be placed into orbit at all. In this case Europe can even lose interest in Alfa program and European automatic cargo spacecraft ATV that is meant for ISS supply can well stay on Earth.

The delay in launching Columbus already cost ESA 362 million dollars. Agency's management is already considering barter option meaning that ATV will transport cargo to the station while Europe – although left without Columbus – will have the right to use a part of complex's resources.

In the second place, the Old World, already familiar with the inconsistency of American space policy, is not sure that the Moon and Mars plans of George W. Bush will be pulling through under his successor. In this case, is it worth wasting money on the project?

In the third place, European countries are not satisfied by their role in the new American Odyssey. At the end of September Christian Cabal, the Chairman of the European Interparliamentary Group for Outer Space Affairs described the role of the international partners in future space projects of the US: “I suppose that France will be asked to cook at the moon base, whereas Italy will be responsible for playing mandolin. International cooperation is welcome by NASA but only in insignificant matters…” In this case Europe has to “maintain its positions in front of American hegemony”.

What is meant by these positions is yet to be observed. Anyway, it is clear that the times of Europe following in the footsteps of American Space Policy have passed into history forever.