New online ‘Encyclopaedia of Life’ to list all 1.8m species

An effort to collate information on nearly 2 million species of animals, plants and other forms of life into a single online database launched yesterday. 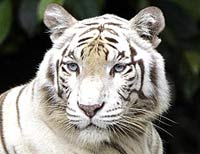 New online ‘Encyclopaedia of Life’ to list all 1.8m species

Over the next 10 years, the 'Encyclopedia of Life' project will create web pages for all 1.8 million species currently named. It plans to provide multimedia information for many of them, including video, sound, images, graphics and text.

Myriad initiatives to catalogue biodiversity on the Web are already underway all over the world. But "this is the next step, where you give encyclopaedic information rather than just catalogue that a species exists," says Frank Bisby, co-chair of another project called the Catalogue of Life. This catalogue reached the impressive milestone of documenting the common and Latin names of 1 million species in March.

The Smithsonian Institution, Field Museum, Harvard University, Marine Biological Laboratory, Biodiversity Heritage Library and the Missouri Botanical Garden have kick-started the project. And the Atlas of Living Australia, a web-based encyclopaedia of Australia's biodiversity, is poised to come on board, Nature.com reports.

Edward O. Wilson, professor emeritus of Harvard University, is one of the godfathers of the project. He predicts that compiling the world's information on biodiversity and making it readily accessible will reveal new phenomena. "The encyclopaedia will be our 'macroscope', comparable to the microscope used by biology until now," he says.

If the new encyclopedia progresses as planned, it should fill about 300 million pages, which, if lined up end-to-end, would be more than 52,000 miles long, able to stretch twice around the world at the equator.

The MacArthur and Sloan foundations have given a total $12.5 million to pay for the first 2 1/2 years of the massive effort, but it will be free and accessible to everyone.

The pages can be adjusted so that they provide useful information for both a schoolchild and a research biologist alike, with an emphasis on encouraging "citizen-scientists" to add their sightings. While amateurs can contribute in clearly marked side pages, the key detail and science parts of the encyclopedia will be compiled and reviewed by experts.

"It could be a very big leap in the way we do science," said Cristian Samper, acting secretary of the Smithsonian Institution, one of seven museums, universities and labs to launch the encyclopedia. "This is a project that is so big, not even the Smithsonian, could do it by itself. It is a global effort."

The project will try to be like Mexico's Conabio compilation of all 70,000 named species in that country, but bigger, Edwards said.

"They are going to do something extremely ambitious and important," said Conabio's founding director Jorge Soberon, now a professor at the University of Kansas.

For more than a decade scientists have tried to compile simply a list of all species on Earth, but failed. It's been too complicated, too expensive and too cumbersome.

This effort may succeed where the others have faltered because of new search engine technology -- the same kind that Google uses. It will scan the Web for scientific information on the Internet and "mash up" all of the material into a file that then gets reviewed by expert curators, said Harvard's James Hanken, a steering committee member, the AP reports.