Micro-plane able to spy out terrorists 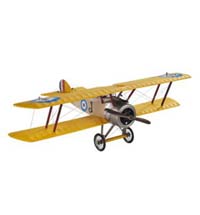 The micro-plane's task is to spy on what is happening on the Earth at the daytime and twilight. It has its own engine and there is a digital video camera on board. Take a railway station as an example. A strange person with allegedly evil intentions is among the passengers. There are no policemen nearby; the passers-by are occupied with their own business. And here is the case when micro plane-spy, which whirls above the railway station, is of use. It can figure out a potential terrorist in a minute.

“The micro plane is provided with a special program of discerning suspicious persons,” CSRI of robot technology and technical cybernetics Director Adviser Alexander Zheleznyakov told Smena newspaper. “The video camera on board passes the image of a concrete man to the ground based administration centre. But despite the fact that the plane is controlled by an operator, a suspicious person is still discerned by a special program, not by a man! It reads off the peculiarities of behavior and appearance and recognizes a terrorist even in the crowd."

By the way, the administration flight control centre, which is ground based, is also compact. It can be easily moved from one place to another. The plane can fly for quite a lot of time, it doesn’t need to land and take off constantly.

"The plane can resist wind. It impedes nobody due to its small size, it can circle and fly according to some particular route,” Alexander Zheleznyakov continues.

"The spy-plane functions pass the limits of fight against terrorism. For example, we can estimate the damage from this or that natural disaster or industrial catastrophe, discover hot spots with its help,” Alexander Zheleznyakov adds.

Such over-small flying vehicle can appear above Saint Petersburg in the near future. As like as not, that the project engineering of Saint Petersburg scientists may interest the military. Micro-plane can be used with exploration purposes.