The self-regeneration of human body parts will not result in longevity. Instead, life will be healthy but short

It looks amazing, it just defies imagination provided that it is true. Scientists created a miracle mouse that can regenerate amputated or badly damaged parts of its body. The new ability can keep a mouse alive after sustaining a deadly wound. It can look unreal to you yet a mouse can regenerate not only its tail or a damaged joint, it can also restore its heart. Brain is the only organ the mouse can not regenerate. 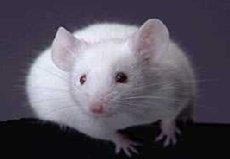 As it turns out, any rodent will be able to regenerate its body parts once it is given an injection of cells from the miracle mouse.

The experiment with the mice was conducted by American researchers at Cambridge University. They say that they discovered the regenerating ability after they learned how to control a dozen genes in mouse's genome. Those genes are very likely to be found in DNA of the human organism.

In other words, the future holds dramatic changes in store for science if the discovery is confirmed.

The story began in 1998 at Cambridge University in the United States. A team of researchers headed by Elen Eber-Katz created a genetically modified mouse (code-named “MRL-mouse” for the experiment). Researchers pierced the mouse's ears for a start. The ears healed quickly, no scars. Then researchers cut off the limbs of the mouse, its tail. Everything grew back. The mouse can regenerate its heart and liver as well. The damaged cells of the heart tissue are replaced with the new ones pretty fast. The new cells function well and look exactly like the original healthy one in two months' time.

“We found out that the cells of the MRL-mouse divide at a faster pace,” says Eber-Katz. “The cells live a shorter life, they are replaced with the new ones quicker than others. These factors seem to relate to their regenerating ability,” adds Eber-Katz.

She speaks enthusiastically about the regular mice that became able to regenerate after getting a shot of fetal cells from the liver of the miracle mice. According to her, the “infected” mice can still regenerate after six months.

So far only reptiles could regenerate on a very limited scale. You know, lizards shedding their tails. Mammals have no regenerating ability, they are more complex creatures and their ability to regenerate was lost because of complexity. Nature loathes simplicity and constantly tends to build more complex things, as somebody put it. However, complexity makes survival more complicated. Maybe man is the most complex creature nature can design. Chaos is the next option.

“There's no such thing as free lunch,” as the old saying goes. What man is going to sacrifice should he get a regenerating ability thanks to mice?

Researchers who made the miracle mouse have a suspicion that the mouse could live a lot longer than its ordinary neighbors. It is still a suspicion because 1.8 years was the maximum age the MRL-mice were allowed to live to. Researchers are going to prove their assertion by running a series of experiments. The results may take them by surprise.

In theory, there should be an opposite effect if cells' life is shorter and their replacement is quicker because every cell division wears out the DNA. Though the process of aging is not entirely clear, researchers already found the so-called telomera which largely measures out the length of our life. Telomera is a kind of a “tail” at the end of DNA's double spiral. It does not seem to contain any information on our body. Telomera grows shorter after every cell division (human being undergoes through nearly fifty cell divisions during a lifetime). Telomera disappears completely after the cells divide for fifty times. Then the DNA fragments carrying important information are cut off.

Should a hypothetical ability for self-regeneration be bestowed on man, he will be running the risk of having a very healthy yet short life in lieu of longevity. And his DNA will be heavily damaged back in the reproductive age. I think it is about time somebody started talking about extinction.