Ageing and dying is just a freak

The answer to the question of eternal life remains the same: no. Science and 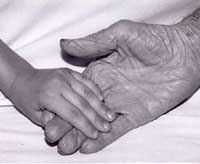 medicine are sure that there is no recipe of eternal life. People from different epochs who were seeking the eternal life wasted their efforts in vain and died. But still there are hopes for immortality. Modern researchers take a sober view on the subject and do not promise to create an anti-death pill in two days. However, they are not giving up and are constantly looking for new ways to achieve the desirable aim, relying on modern technologies.

Pioneers of immortality studies invented cryonics, science that studies freezing of living organisms. Supporters of cryonics learned to freeze humans back in 1967. Still, there are problems with inverse process. However, scientists claim that they know what kind of problems they have to solve so that a human emerged from the cryo-dream safe and sound.

First of all, during thaw ten percent of the cells are damaged, which leads to death. Bioengineers promise to construct nanorobots who would be responsible for restoring the cells and rejuvenating the body by 2040 or even earlier.

It is still unclear whether human brain is able to go through freezing-unfreezing procedure. However, cryonics has become very popular and financially attractive. US depositaries, for instance, keep about 120 frozen bodies, including Walt Disney and Salvador Dalн, according to some unofficial resources.

There is no doubt that the main competitor of cryonics is applied genetics. Stem cells injections are promoted aggressively. Their main advantage over cryonics is that you do not need to die to become immortal. The effectiveness of the method is still questioned. However, successful specialists in this sphere say that people should be patient and wait the real results from laboratories rather than listen to some miracle-mongers.

If we turn aside for a moment and take a broad view on the subject, there are two different ways to achieve the goal. The first is joining living organism with electronic machine, creating a cyborg in other words. The second leads to broad genetic modeling that will allow for creating beings with unlimited period of existence and a broad range of possibilities.

The cybernetic idea was popular about 15 years ago but then it was displaced by the success of genetics. The mechanists tried to follow up. They tried to provide for practical needs by inventing different devices for people with defects, while putting much effort into development of digital technologies and virtual reality at the same time.

The second option is to replace technological rush with the quality advance in all spheres of biology. Supporters of this idea say that it is better to combine genes step by step creating people who will easily resist dangerous viruses, radiation, uncommon air composition and ageing and death, of course.

Claims of conservatives and clergy that genes modification is against nature can be dismissed by the fact that human beings appeared as a result of mutation. Why give up such an efficient method then?

Still science-fiction writers are the ones who make the boldest predictions. Paul Di Filippo, for instance, created the world of Ribofunk, where people become adults at the age of 12 and different objects such as doors, armchairs or cars are alive and serve their purpose better. In this world ageing or dying is not more than a freak.