Specialists of the Russian Academy of Sciences decided to establish a new project entitled “Barcodes of flora and fauna in Russia.” The project continues the initiative of the world Consortium the Barcode of Life (CBOL), established in 2004. 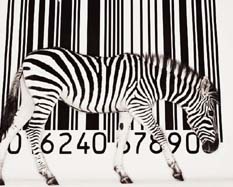 The consortium currently incorporates 69 organizations from 31 states: natural-science museums, zoos and herbariums, research institutes, governmental agencies, etc. The consortium was established to preserve the biological diversity of species on Earth. Scientists believe, however, that it is extremely important to possess the biological database of animals and plants living on planet Earth before it could be systematized and encoded.

The consortium is working on the joint system of information, which will allow to make an inventory of all animals and plants living on planet Earth (microorganisms do not count), and help identify the newly discovered species as well.

Specialists have made the list of only 1.7 million species of animals and plants so far. Insects make about a half of the currently-prepared list. Biologists even joke about it saying that “God likes beetles.”

About ten million species inhabit planet Earth nowadays: scientists will therefore have to register eight million more. The enumeration of species is traditionally based on a verbal approach: specialists describe the outward appearance, the area, the living conditions and breeding peculiarities of a specimen, etc. The Barcode of Life sets forth a new method of registration. The idea is simple: scientists can distinguish a certain standard section in the DNA of a specimen, declassify it, or determine the nucleotide succession, and put the information in the adequate database on the Internet. If biologists find an unusual plant and identify its barcode, they will have to compare it with the ones already included in the database. If the difference exceeds the level of three percent, the discovered plant could be added to the category of the barcoded species in the database. If the difference is larger, one can announce the discovery of a new species.

The identification of the barcode, or the nucleotide succession, is a standard procedure nowadays. It only requires special equipment to conduct polymerase chain reactions and an automatic sequencer. New generation of compact sequencers allows to conduct the procedure outdoors. A leg of a previously unknown butterfly, for example, should be placed in the receiving department of the device. The sequencer establishes a contact with the database online and categorizes the insect as a known or an unknown creature.

The Barcode of Life project is spreading in the world speedily. Russian scientists are going to join the project in the near future as well and start registering endangered species of Russia's flora and fauna first and foremost.