The current CO2 concentration in the atmosphere is the highest in comparison with the previous period of 420,000 years

According to a mathematical model of longstanding dynamics of hydrocarbon in Earth's atmosphere (the model was set forth by specialists of the Krasnoyarsk-based Institute of Biophysics of the Russian Academy of Sciences), the opportunity for irreversible climate changes and the destruction of the planet's biosphere is quite real. The growth of the biosphere will inevitably stop on account of extensive pollution of the atmosphere with carbonic gas, Russian scientists believe. 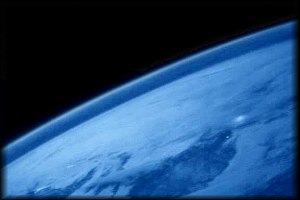 There have been quite a number of mathematical models of climate changes developed throughout the years. The majority of the models suppose that the combustion of the fossil fuel results in the gradual increase of the CO2 concentration in the atmosphere, which subsequently changes surface temperatures on the planet as well. The balanced running of global changes, however, is only one of the variants of the forthcoming future – the most optimistic one of them. The balance implies an opportunity to slow negative changes down and reduce the intensity of the man-caused impact on ecology.

A catastrophic variant is also possible, when the capacity or the climate changing intensity overcomes the stability threshold of the climate-biosphere system. Global changes may become highly progressive and irreversible. There are certain reasons for such concerns: temperatures and carbon concentrations in the atmosphere of planet Earth have been growing very fast recently. The average temperature on the surface of the planet has risen by 0.5 degrees since 1860. A comparison made with the period of ten thousand years since the latest ice age shows that the global temperature level has gained only five degrees. The speed of the temperature rise has therefore experienced quite a significant increase since that time. The current CO2 concentration in the atmosphere is the highest in comparison with the previous period of 420,000 years, scientists concluded.

The climate model of Russian biophysicists from Krasnoyarsk describes the dynamics of three carbon reservoirs: the atmosphere, living plants and organic remnants. The model characterizes only near-surface ground processes, which allows to disregard the thermal inertia of the ocean.

According to the model, the complete cessation of the man-caused carbon emission in the atmosphere in 2059 will save the biosphere of the Earth from destruction. If humans stop polluting the environment only five years later than that, in 2064, irreversible changes will start in the middle of the 24th century, and the absolute end will take place in the beginning of the 25th century. If mankind continues burning fuel until 2090, humans will become extinct before 2200, scientists from the Institute of Biophysics in Krasnoyarsk said.

It is noteworthy that making an absolutely precise ecological forecast for a long-term perspective is impossible on account of insufficient estimations of global factors and vague economic forecasts.