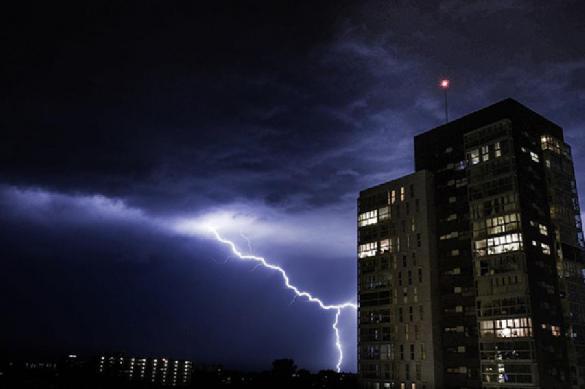 If lightning strikes a crowd of people, it will strike only one person and leave others safe. Those, who were unlucky to experience a lightning attack, notice certain changes in their organisms. Someone forgets everything that they could ever remember; others discover supernatural abilities for themselves. Scientists dedicated a great deal of time and energy studying mysteries of heavenly electricity and managed to unravel several, albeit very few of lightning enigmas.

The probability for a human being to be struck with lightning is very low: only one chance in 600,000. The chances have been growing with years, though: the number of environment-related fatalities has been increasing steadily.

"The precise number of individuals, who suffered from lightning strikes in Russia, is not known. This information is not secret at all: no one registers or counts such accidents. US insurance companies run the statistics, though. According to their information, lightning strikes about 600 Americans a year," professor Eduard Bazelyan said five years ago.

The number of accidents, in which lightning either kills or injures human beings, has increased up to 1,500 people a year nowadays. It is noteworthy that 86 percent of lightning victims are men. Some scientists suppose that it is testosterone, the male hormone, which attracts lightning to males. If lightning strikes a group of men, a man with the highest level of testosterone in his body is likely to be killed.

It seems that an electric discharge of tens of millions of volts must obviously kill any living being instantly. However, there are a lot of people who managed to survive such powerful strikes: about 900 people a year in the USA alone. This conclusion was made by specialists of the Lightning Strike and Electric Shock Survivors (the society is based in the USA).

According to Dr. Nelson Hendler, these people want to be examined and studied, although scientists do not evince much interest in them on the assumption that lightning and bare electric wires produce an identical effect on humans. However, lightning may not leave any visible injuries on the body of its victim, although it may burn and destroy all internal organs. Other situations are possible too, when it burns clothes and chars boots, leaving a person safe and sound.

Scientists discovered that the monstrous power of lightning hits a human being for an extremely short period of time - millionth of a second. The destructive power of a lightning strike depends on the resistance of organs and tissues, which makes up the average of 700 ohms. The higher the resistance,theharder the consequences.

"Human electric chains, nerve fibers, are injured first. Lightning may damage their containment, which can be compared to insulation of electric wires. When a person recovers from shock, he or she may not even notice anything. A change can be exercised several months afterwards, when never fibers establish contacts in inappropriate places. This explains certain problems that electric shock survivors may suffer from," Mary Ann Cooper from University of Illinois said.

Indeed, a lot of members of the above-mentioned group complained of incorrect coordination of movements, cramps, ringing in the ears, periodical urinary incontinence and increased irritability.

There were incidents, when lightning struck humans in the head. The consequences are much more serious at this point: from explosion of eyes, coma and death of memory to strange manners and behavior.

A man in Russia ended up in hospital when lightning struck him in the mouth shortly after he took a puff on his cigarette. It went through his body from head to toe. The man's heart stopped beating after the strike and he had apparent death. He remained unconscious for 24 hours in hospital and then recovered consciousness.

"One of my patients became an infantile person, when he survived a lightning strike. The man started behaving like a two-year-old baby. Another one started suffering from short-term memory loss," Dr. Hendler said.

Harold Deal, a 31-year-old electrician, became a famous person in Missouri, when a lightning strike made him senseless to cold. The man can wear shorts and a T-shirt in freezing winter weather. Other survivors may develop keen sense of smell, demonstrate remarkable mathematical abilities, etc. One may thus infer that a lightning strike turns a person into a mutant. On the other hand, it may also give a powerful stimulation to hidden and unexplored abilities of the human mind.

The temperature of lightning reaches 30,000 degrees, which is five times as much as the temperature on the surface of the Sun; the tension may reach 15 million volts.

When a lightning hits an object, it usually leaves its typical traces on it – branching and winding patterns. The phenomenon is known in science as Lichtenberg Figures (named after German physicist Georg Christoph Lichtenberg). These patterns can appear on human skin too, resembling bird's feathers, fern or electron trees.

Roy Sullivan, residing in USA's Virginia, proudly holds the title of the "lightning man." Sullivan, an ex-park ranger, has survived seven different lightning strikes. This "achievement" put the man on the Guinness Book of Records.