'Invisible wars' of the future to use e-bombs, laser guns and acoustic weapons

Speaking at the Moscow Institute of Foreign Relations on September 1st, Russian Foreign Minister Sergei Lavrov said: “An arms race is entering its new stage. There is a threat of new weaponry looming on the horizon.” What exactly did he mean by saying that? 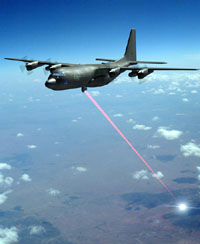 'Invisible wars' of the future to use e-bombs, laser guns and acoustic weapons

From hypothesis to reality

The pace of continuous progress made by science and technology keeps growing faster. Scientists and military analysts point out the emergence of fundamentally new types of weapons including those of weapons of mass destruction (WMD) in the new future. In the late 1990s, the then Russian Defense Minister Igor Sergeyev sounded a note of warning as he spoke about “the use of new physical principles for building weaponry with new applications in both strategic and tactical levels, is yet another qualitative leap in the change and development of ways and methods of warfare.”

Hostilities between thousands of armed men involved in physical annihilation of one another in the battlefield may be rendered obsolete by the latest developments in science and technology. The existing types of weapons may be superseded by devices capable of causing latent damage to the human body by disrupting its viability and immune system. As a result, the human body will either completely destroyed or immobilized for a long time.

The results of the use of certain hypothetical types of WMD may be felt in the long run, perhaps years or decades following the exposure to the effects of the above. The effects of certain types of new weapons can be used selectively, and thus an attacker will be able to steadfastly decimate an opponent’s personnel while effectively reducing the number of its own casualties. The above circumstance creates more incentives for developing new types of weapons.

Geophysical weapons are essentially based on the manipulation of processes that occur in the earth’s crust, and its liquid and gaseous mantle, for military purposes. An atmospheric layer lying at an altitude of 10 to 60 kilometers is of special importance for this kind of warfare.

Shortly after the end of World War II, the U.S. Department of Defense sampled lightning, earthquake, and hurricane manipulation studies in Project Skyfire, Project Prime Argus, and Project Stormfury. Information with regard to the results of those projects is scarce. However, there are reports of an experiment carried out by the U.S. military in 1961 when more than 350 thousand 2-cm metal needles were deployed into the atmosphere. The needles in the sky caused a dramatic change in the heat balance of the atmosphere. Scientists believe the needles may have caused an earthquake in Alaska. Besides, they are believed to have caused the sliding of a part pf Chile’s coastline into the ocean.

The rainmaking technology was taken for a few test tides in Vietnam. The U.S. military dispersed silver iodide in the rain clouds during the Vietnam War to cause floods, disrupt dams, and obstruct the movements of enemy troops, especially the movements of heavy military equipment.

There is a forest of 24-meter antennas installed in Gakuna, close to Anchorage, Alaska. The official name of the project is the High Frequency Active Aural Research Program (HAARP).

According to a number of experts, the facility has the ability of destabilizing entire national economies through climatic manipulations without the knowledge of the enemy at minimal cost and without engaging military personnel andequipment as inaconventionalwar.

The HAARP program is a U.S. Air Force, Navy, and University of Alaska funded investigation to “understand, simulate and control ionospheric processes that might alter the performance of communications and surveillance systems” as well as weather systems and those which can modify human behavior.

The so-called “ozone weapon” is one of the types of the geophysical weaponry which is an assortment of means designed for damaging the ozone layer over an enemy. The damage can be done by using rockets loaded with Freon. The explosion of such rockets in the ozone layer will produce several “windows” in it, and thus create conditions for ultraviolet rays of the sun to penetrate Earth’s surface. The ultraviolet rays are highly detrimental to the cell structure of live organisms, especially to their hereditary systems. As a result, the incidence of cancer will go up dramatically. Depleting ozone will bring about lower mean temperatures and increase humidity, which is especially dangerous for the areas of unsustainable agriculture.

Radio frequency weapon has been recently referred to as one of the most technically feasible weapons of mass destruction. The weapon causes damage to man and a variety of objects by means of powerful electromagnetic pulse (EMP). The electromagnetic pulse effect was first observed during the early testing of high altitude airburst nuclear weapons. However, it did n take long for scientists to find out that the EMP effect could be produced by other munitions of non-nuclear origin. The Soviet Academician Andrei Sakharov came up with a designof non-nuclear “electromagnetic bomb” in the 1950s. His design employed the use of a solenoid’s magnetic field compressed by the explosion of chemical explosive to produce a powerful EMP effect.

In Russia, a team of scientists headed by Academician Vladimir Fortov at the Institute of Thermal Properties of Extreme Conditions played an important role in the study of the EMP weapon and methods of protection against it. The study puts special emphasis on means of destruction of electric or electronic equipment, which actually forms the infrastructure of many countries. Though specialists do not regard the EMP weapons as lethal, they categorize them as strategic, which can be used for crushing an opponent’s information and transmission nodes.

As demonstrated in the Desert Storm air campaign in 1991, Tomohawk cruise missiles with electromagnetic warheads can be effectively used for inhibiting the functions of an opponent’s vital processing infrastructure. All electronic devices of an entire TV center in Baghdad were incapacitated by a single E-bomb dropped by the U.S. Air Force at the beginning of the second campaign in 2003.

Russia has successfully built and tested a number of flux compression generators over the last few years. The generators can be used as a prototype for building an electromagnetic gun capable of firing at a range of several hundred meters. The present-day technology base already enables a number of countries to design and build electromagnetic munitions of several modifications.

Laser or quantum generator is a device that produces a narrow powerful beam of light by exciting atoms. The laser beam can seriously damage a variety of objects by heating the materials of the latter to high temperatures, disrupting the functions of sensitive components of military equipment, blinding personnel temporarily or permanently, and causing thermal burns of the skin.

Continuous improvements of the laser weapons will, without doubt,secure theirgreateruse forkilling an enemy’s personnel and disabling its equipment. There are reports about a laser-beam rifle developed in the U.S. for several years. The rifle is designed for killing enemy soldiers at a range up to 1.5 km.

Specialists have good reasons to assert that the laser weapons will play an important role in the development of a large-scale antimissile defense network in the U.S. In 1996, the U.S. started developing an airborne laser gun designed for destroying enemy missiles during ascent stage. A powerful laser device will be mounted on board the Boeing 747, which will be out on patrol at an altitude of 10-12 km in order to acquire a target within seconds and shoot it down by emitting a laser beam.

The Pentagon intends to form a squadron of seven aircraft by 2008. Martin-Boeing-TRW, one of the leading military contractors, was awarded a contract in February of 2000 to develop a space-based laser gun to be used for missile interception. The initial testing is slated for 2012. The project is expected to be completed by 2020.

The harmful effects of acoustic weapons apply to three frequency bands i.e. infrasound (below 20 Hz); the audible range frequencies (from 20 hertz to 20 kilohertz); and ultrasound (above 20 kilohertz). The classification is in line with the action of sound impact on the human body. The low-frequency sounds can significantly increase the audible range, pain threshold and other negative impacts on the human body. Infrasound oscillations can induce anxiety or a panic attack in humans. Some scientists believe that man is unlikely to survive the effects of powerful emission causing a sudden disruption of the functions of certain organs including the cardiovascular system.

Over the last few years, the U.S. Army Armament Research, Development and Engineering Center (ARDEC) in Pacatini , New Jersey, has been actively engaged in several projects related to the so-called “non-lethal” weapons. In conjunction with the Scientific Applications and Research Associates (SARA) of Huntingdon, California, ARDEC and Los Alamos laboratories are busy developing a high power, very low frequency acoustic beam weapons. They are also looking into methods of projecting non-penetrating high frequency acoustic bullets. ARDEC scientists are also looking into methods of using pulsed chemical lasers. This class of lasers could project a hot, high pressure plasma in the air in front of a target surface, creating a blast wave that will result in variable but controlled effects on materiel and personnel. The infrasound emitters are designed in Britain. The emitters are reported to be capable of impairing a person’s hearing, and cause resonance of his internal organs, which may disrupt the heart activity and result in death.

According to American specialist Janet Morris, research director of the U.S. Global Strategy Council, the Russians have been engaged in the development of acoustic weapons too, and the “results are quite impressive.” Morris says that during her trip to Russia she saw an operational device that can form a10 Hz infrasound pulse the “size of a baseball,” which is said to be capable of causing serious damage to personnel positioned hundreds of meters away from the weapon. In the meantime, there is no convergence of opinions on the harmful effects caused by acoustic weapons.

Speak your mind on Pravda.ru Forum! registration is free