Doctors confused over the woman whose heart lies on the right 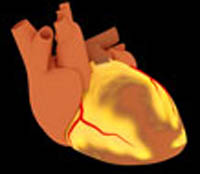 Tatyana Karaulnova, 45, lives in the village of Ust-Serta of the Kemerovo region. She is a unique human being because she has a mirror-like arrangement of internal organs. She does not regard herself unique, though.

According to Tatyana, there is nothing unusual about her heart located on the right or her liver which is on the left. She believes everybody might have been built that way in the past and “changed” later on.

Tatyana looks like an ordinary woman. She works as a receptionist in a local hospital. However, she has a special ability which she can feel in her heart, as she puts it. She can predict the future of newly wedded couples. She takes just one look at a couple and her fortune-telling is ready: this union is going to fall apart soon. But she says nothing because she does not want to be a notorious fortune-teller. At the time when her cousin was getting married Tatyana felt that the marriage was doomed to failure. She was right then. The marriage lasted only four months.

Tatyana is not happy about her special ability to see the clouds gathering on the horizon. But her right-side heart helped find her own Mr. Right. She was 19 back then and the guy was 22. Many a guy were trying to win affections of a pretty stately girl yet she did not take a fancy to anybody. And then along came that fellow. Her heart fluttered like mad when she saw him, she felt as if somebody had told her: “This is your destiny.” They have been together for 25 years now.

“I am a happy woman, I have a wonderful husband, my heart must have chosen him for me,” says she.

Tatyana found out that she was different from the rest while at her fourth grade at school. School children were undergoing a regular medical examination. A young female doctor got very much amazed as she was examining the left side of Tatyana’s chest. No heartbeats were heard. “What is going on here, where is your heart?” cried out the doctor in disbelief. The girl did not understand a thing and started to cry. Then the doctor told Tatyana to calm down because everything was OK with her heart. It was simply located on the right side.

She did not tell her classmates anything at the time. She told her father about her singularity but he did not believe her story and brushed it aside. Later she simply stopped thinking about her abnormality. She was 24 years old when a doctor x-rayed her spinal column. “It just can not happen, all the organs are the other way round, it is a miracle!” exclaimed the doctor while looking at the X-ray pictures. It was not until years later when Tatyana began to astonish the doctors again. She had no complaints about her heart or her liver. But her left-side gall bladder was becoming a real problem.

An ultrasound examination revealed gallstones in the gall bladder. They had to be removed by surgery only. However, doctors at the local hospital and other neighboring hospitals plainly refused to perform an operation on Tatyana. They did not want to take any chances due to her abnormality. Meanwhile, the pain in her gall bladder was getting more severe. Tatyana could not sleep a wink because of pain. Somebody told her to go to Kemerovo.

Tatyana says she got frightened to death every time she thought about the future operation. Horrible pictures were coming across her mind. She imagined surgeons killing her deliberately so that they could use her body for research purposes.

All her fears were groundless. The operation was a success. The doctors even made fun of medical school students who were interning on the hospital. The doctors told them to check up on her. They said she had been diagnosed with a gallstone disease.

They were terribly confused and turned beet red when a doctor finally told them about Tatyana’s unusual mirror-like arrangement of internal organs. An ultrasound also showed that she had an extra chord in the left ventricle of her heart. The doctors assured her that it was nothing to worry about. On the contrary, the chord helps her heart beat like clockwork. In any case, Tatyana has no complaints about her heart.

Her friends would tell her jokingly: “Tanya, you fell the Earth out of space, you are an alien.” She would tell them in reply: “No, I do not feel any connection between me and space, but I love reading science fiction.”

Locals began talking about UFOs some 15 years ago. Some people spread the rumors about aliens who somehow showed their interest in the village. The gossipmongers put the blame on Tatyana saying that her insides had been arranged in a different manner, those aliens may have been built that way too, so the aliens sent her down on a survival mission. Tatyana pays no attention to the rumors. She feels fine and says she is going to live up to 100 years.