This ancient Chinese teaching does not have the absolute power, although it can be helpful indeed

Sex used to be an essential part of many religious and magic rituals in ancient times. As a rule, the rituals were connected with such common phenomena as harvesting or conceiving a child. Ancient Slavs, for instance, had a holiday called Ivan Kupala, which culminated in sex orgies. A sexual act produces a lot of energy. Sex, especially orgasm, raises blood pressure and accelerates metabolism. The energy produced by the sexual center of a human being was viewed as a strong power, which could be used for achieving certain goals. A strong sexual excitement is an impulse to wake this energy up. It was believed that a person could concentrate and direct the sexual energy during a sexual intercourse. 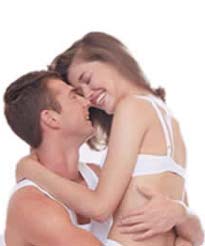 This practice used to be the prerogative of many Orders and Lodges, the Order of Templars was one of them. Knights Templars are considered to be the first, who used certain aspects of this magic. They believed that if a person makes a wish during the moment of orgasm, the wish will come true. There is no need to have a gift in order to be able to master the sexual art. Any woman can learn to use her natural power – sexuality. The art of seduction is one of the aspects of this influence, a part of sorcery. One may say that love is a magic charm in the end.

Like it is traditionally believed in magic, certain rituals can exert significant influence on the quality of sex and relationship between two people. The ancient Chinese teaching of Feng Shui gives a special significance to such rituals, for example. If a person is desperate for love, Feng Shui recommends making certain adjustments in the bedroom. All the things that remind of  your past love should be removed from the bedroom – love letters, presents, etc. The things that have something in common with your past feelings can be very harmful to new feelings. In addition, Feng Shui recommends to get rid of everything that can be associated with loneliness. Do not put only one flower in a vase, for example. If there is your photograph in your bedroom, it should have someone else depicted on it. Have two bedside tables instead of one, two candles on a shelf, but not one, etc. Single and unpaired things are symbolic to loneliness; they even maintain solitary life. Pointy items or edged things are not desirable at all. They should be replaced with orbed items, which bear resemblance to the curves of a human body.

If you would like to add more passion to the relationship with your partner, Feng Shui recommends adding red-colored things to the interior of your bedroom. According to Feng Shui, the red color symbolizes love: red-colored things can keep the love energy. If red seems too bright, pink or peachy will do too. If you have a mirror in your bedroom, avoid hanging it opposite your bed: a mirror is believed to be a magic item, which can be capable of reflecting and strengthening the negative power. Feng Shui also says that sleeping in separate rooms is a lot better than sleeping on separate beds, even if they are put together in a bedroom. Separate beds symbolically break the connection between two people, who sleep on them.

Simple human communication between two people can mean a lot more than sex sometimes. According to Feng Shui, items of the yellow color should prevail in your house. Yellow symbolizes communication.

It goes without saying that Feng Shui has a lot of other recommendations and secrets of how to improve family life or a relationship, to make it more diverse and more enjoyable. However, this ancient Chinese teaching does not have the absolute power at this point. The teaching can be helpful indeed, although it is useless if two people do not try to solve their problems. If you wish to talk about your love problems with your partners, it means that you try to keep your relationship alive.