Modern robots may deprive humans of many professions

There are quite a few ideas in respect of the future. The ideas usually vary. However, all futurologists agree that robots are destined to play an increasingly big role in doing a wide range of jobs. There is no point in trying to stop the advance of robots. It would be as ludicrous as the destruction of manufacturing machinery by the Luddites at the beginning of 19th century. Now the most important question is: When robots start replacing humans and what the latter will be supposed to do under the circumstances. 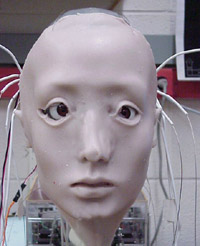 Modern robots may deprive humans of many professions

One kopeck was the largest amount of money handled by machines in the USSR some 20 years ago. It was the price of a glass of carbonated water sold by a coin-operated vending machines. These days an ATM can hold a sum of cash that could be big enough for buying all vending machines all over the world. No doubt about it, machines will eventually take over lots of jobs requiring monotonous repetition of the same actions. Robots are likely to be heavily employed in service professions e.g. hotels, gas stations, fast-food restaurants, airports and train stations. HelpMates, robots performing secretarial duties, are already used in U.S. hospitals. The machines are expected to be modified soon to do work of an orderly.

The famous futurologist Alvin Toffler maintains that a workweek will be halved in the 21st century following the use of robots here and there. He says workers and employees will retire at 40 or 45. The U.S. futurologist Marshall Brain believes that robots looking like humanoids will replace humans in most jobs by the year 2030. Arthur Clark, the chief authority on futurology of all time, predicts that the human race will be bored to death in the future. “Choosing the right TV channel will be our biggest concern in the future,” says he.

Unemployment rate may reach 50% by mid-twenty first century. Incidentally, Great Depression broke out after unemployment rate hit 25%. This time around, a depression will not look like an economic calamity because robots will keep performing tasks as required. A new depression will have a far-reaching impact on humankind. The founders of Marxism once said that an ape became a human being through labor. Man will have no use for labor soon. Man may drop to his fours and go numb or go senile. Competitive athletic activities seem to be under threat too. World football tournaments involving robots are no longer a novelty. Several years ago, the Russian-made robots Arneo and Arnea won 11th position (out of 183) in one of those tournaments. The first game of football between robots and humans should take place by 2050.

95,000 new robots were put to use in different countries in 2004. In Asia, robots are primarily used in electrical engineering, production of electronics, and automobile manufacture. In 2004, the number of robots increased by 29% in Asia; robots also increased by 29,000 units in Europe and by 17,500 units in the Unites States. In 2005, a total number of robots used worldwide equaled 848,000. European nations had 279,000 robots, America had 12,500 robots, and Asian nations had 443,000 robots. According to forecasts, the number of all robots on this planet should exceed 1 million by 2008.

Robots are used in machine building, wood working, means of transport, hazardous andharmful manufacturing practices, warehousing, medicine, light industry, and in homes. New systems of robots along with special visualization, computing and sensor devices are built. In the meantime, allied high-technology manufactures are developed. Designers come up with new concepts of an automobile plant employing a handful of troubleshooters and controllers. For example, the company Fanuc Roboter has built a production line measuring 17 meters long. It is equipped with a computer-aided automatically interchangeable set of tools. Robots operate 12 computerized machine tools.

The great French philosopher and mathematician Rene Descartes started a discussion about man being a machine endowed by nature with a soul. He also maintained that nature was built in accordance with the same laws as those applied to man-made mechanisms. In 1773, Pierre-Jacques Draux built an android boy who could sit at a table scribbling simple phrases. A variety of automatic mechanical dolls were constructed during the 18th century, a golden time of automatons. The Kempelen chess machine dressed up like a Turk was the best-known specimen of mechanical figures ostensibly capable of acting independently. “The Turk” was exhibited in many European capitals. Napoleon and Catherine II reportedly played chess with the machine, which eventually turned out to be a fine fake. The figure hosted a man who was invisible due to a specially arranged set of mirrors. A robotic soldier designed by Professor Archie Kempion took part in combat during the war between the U.S. and Mexico in Theodore Roosevelt’s time. The United State still plays a major part when it comes to using robots for military purposes. The Pentagon used 150 remote-controlled robotic field engineers. The first batch of robotic all-terrain vehicles with infrared night-vision equipment are expected to enter service later this year.

It may sound weird but Russia is Europe’s second biggest buyer of robot puppies manufactured by Sony. Annual sales amount to more than a thousand units. Russian research institutes buy nearly half the number. Researchers must be using the puppies in some kind of an experiment.

Japan is a leading manufacturer of manlike robots. Back in 17th century, the craftsman Takeda Tikae built the “karakuri” dolls who could jump, dance and ever ride horseback. The first Japanese android was dubbed WAP-1 and had latex muscles. It was built by Yoshiro Kato in 1969. The robot WABOT, built by Kato in 1983, made a few world tours. It was found to be the first fully operational anthropomorphic robot. Sarcastic analysts say that the Japanese have been making a huge effort in developing manlike robots because of the impending threat of a workforce deficit – a serious problem that can not be tackled by any other ways due to a lack of immigration, which is banned in Japan.

Number of robots per 10 thousand industrial workers in 2004