The secrets of body language 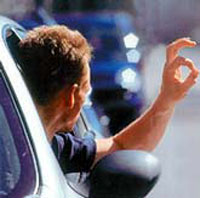 The relation of body language to animal communication has often been discussed. Body language is a product of both genetic and environmental influences. Blind children will smile and laugh even though they have never seen a smile. The ethologist Iraneus Eibl-Eibesfeldt claimed that a number of basic elements of body language were universal across cultures and must therefore be fixed action patterns under instinctive control. Some forms of human body language show continuities with communicative gestures of other apes, though often with changes in meaning. More refined gestures, which vary between cultures (for example the gestures to indicate "yes" and "no"), must be learned or modified through learning, usually by unconscious observation of the environment.

Body language is a factor in human courtship as a subconscious or subtle method of communication between potential mates. Researchers such as Desmond Morris have extensively studied and reported on courtship behaviour.

The following are examples of body language which can be very useful in communication and will help you to understand better what other people want to say to you.

- Standing with hands on hips means readiness or aggression.

- If a person is sitting with legs crossed with a foot kicking slightly this means that he is bored to death.

- If someone is holding a hand on a cheek this means that he is thinking or evaluating something.

- When people rub their hands they usually anticipate something.

- When a person ia sitting with hands clasped behind head and crossed legs this means that he is confident and feels superiority.

- When someone is stroking his chin that means that he or she is making decision.