British scientists Matthew Masen and Pierre Mitchell have released information showing that crucifixions in Christ’s era did not only take place in the classical way known to us through icons. The burial site of a young man sentenced to death on the cross, which has recently been discovered in Israel, shows that the Romans probably had many intricate methods of crucifying condemned people. Whereas Jesus’ legs, as is the accepted theory in Christian tradition, were in front of the cross, the calves of Ehonanan Ben Hagkol (that was the name of the executed man whose grave was discovered by scientists), were positioned to the sides of a vertical tree-trunk. Nails had been hammered into his ankles, yet no wounds were discovered on the hands of this convicted prisoner, France-Presse news agency reports. 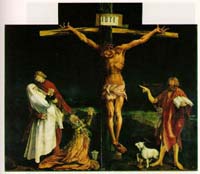 By all appearances these were not the only variants employed at that time to execute criminals on the cross. It is known, for example, that the actual shape of the cross could change: as well as the well-known oblique cross of St. Andrew there were also T-shaped columns with a crossbeam. Moreover, contrary to usual thinking, nails were by no means the compulsory attribute of these executions: convicts were often just tied to the cross with ropes.

We should note that the secret behind Christ’s crucifixion truly excites academics. Yet this does not just apply to theologians, as should be expected by their status, but also entirely secular researchers like historians and biologists. The fact apparently is that crucifixion on a cross or column, which was so popular in the penitentiary system of Roman times, went out of fashion in the first few centuries after the death of Christ. They stopped executing criminals in the same way that the Son of God was, and hanging, along with other even more refined methods of executing condemned convicts, came to replace the cross.

It is very difficult for a modern-day person to imagine what crucified criminals actually died from, because on the face of things simply tying someone to a trunk does not seem like a fatal form of torture. It is easy to imagine why a person dies from being shot in the back of the head or from being beheaded. Historical specialists have published special research with the help of anatomists and physiologists which explains how being suspended on a cross for a long period of time led to a person’s death. A crucified person could die simply from thirst, or could suffocate, as it is thought that it would have been hard for a person hanging by their hands to breathe. They could also have died from loss of blood or even from a blockage in their arteries (all these versions were expounded by various researchers). The only thing that all scientists agree on is that crucifixion was an exceptionally painful way for condemned people to die, as they could die slowly over several days.

It is also very curious that crucifixion seems to have only been used as a means of execution in a very limited area and for a very short period in the history of mankind. The slow death of a criminal on the cross was a specifically Roman invention, other civilizations thought up their own ways of legally murdering their citizens. Sometimes the technology involved was very simple, other times it required immense skill, such as impalement, which through the necessary dexterity of the executioner could prolong the torment of the convict for several hours or even days. We can only thank fate that the only way for us to find out about most of these methods now is from historical studies.