US forces supposedly used a secret weapon in Iraq, which resulted in a powerful earthquake

Viktor Bokov, a scientist from St.Petersburg, deals with short-term earthquake forecasts. The information about the forthcoming disaster in Southeast Asia, which killed 215,000 people, appeared on the website of the Arctic and Antarctic Institute (on which Bokov's forecasts are regularly published) two days before the tsunami hit the Asian shores. 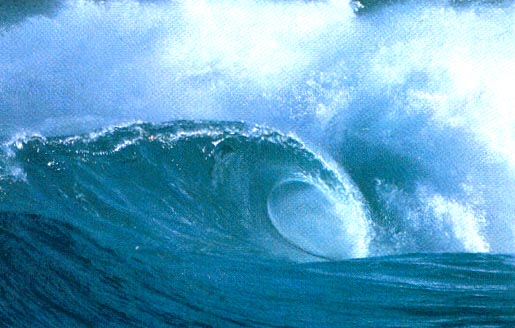 ”Such an important event was left without any attention. I cannot come to the Russian government and just tell them that an upcoming natural disaster will kill tens of thousands of people. I tried to work in the EMERCOM of Russia, and they were very interested in my methods. As soon as they grasped the idea of my work, they immediately turned my services down and started working alone, forecasting earthquakes. Their work was not successful, though,” the scientist said.

Not less than ten earthquakes occur in the world on a daily basis. Viktor Bokov predicts them several days before they rock the ground. Specialists from Japan and Russia's Far East use the scientist's forecasts regularly to avoid any victims in seismically dangerous areas.

Viktor Bokov predicted major natural disaster of modern times too. He informed about the coming earthquake in Turkey, which occurred on April 10th, 2003. The specialist forecast the disaster with great precision. Bokov predicted a powerful quake in the north of Algeria and posted the information on the website of the above-mentioned institute. The government of Algeria was left totally uninformed about the earthquake, which resulted in a vast number of victims.

Viktor Bokov's method is based on observations of daily weather changes. Each part of the globe is characterized with its certain peculiarities that may cause an earthquake.

”The Antarctic Institute receives the data from the European weather forecasts center every day. It is enough for me just to have a look at it to realize where a quake is likely to occur. The sun and the atmospheric pressure have the largest influence on the seismological situation on our planet. The Earth's atmosphere weighs 512 trillion tons. This mass of air has a permanent enormous pressure on Earth, making landscape hills and plains. As soon as the atmosphere increases, the tectonic activity grows too; the ground starts shaking when the tension in tectonic plates reaches its peak.

Forecasts of the St. Petersburg scientist are more precise than any other seismological forecasts.

When airplanes land in St.Petersburg's Pulkovo airport, seismographs register slight quakes measured 2.0 on the Richter scale. Human beings do not sense the ground vibrations. Viktor Bokov says that a strong earthquake will rock the city by 2024. “It will not be a 9.0 quake on the Richter Scale, but a 6-7 magnitude is rather possible. A 6.0-magnitude quake can be compared to an explosion of a hundred of A-bombs,” the scientist warned.

Seismologists often deal with versions, which say that earthquakes may have an artificial origin sometimes as well. It is particularly said that they occur as a result of tectonic weapon tests, supposedly conducted by Russia and the USA. “Weapon tests can cause an earthquake indeed, but they take place on a very small territory. Such local earthquakes cannot shake the ground thousands of kilometers around,” the scientist explained. “When a powerful earthquake rocked Georgia, they said that it occurred over the use of the tectonic weapon. I even had several consultations with Georgian specialists – they wanted to know if the earthquake had been predicted. A similar situation occurred in Iraq – it was said that the US forces used a secret weapon in the country. I carefully studied the results of the seismological analysis, and I can assure you that it was an absolutely natural earthquake,” Viktor Bokov said.