Russia to close its last plutonium reactor in 3 years

According to the bilateral agreement, the USA will assign $350 million for the purpose

Russia's last plutonium reactor will be shut down in three years, the Federal Nuclear Power Agency (Rosatom) said. “There are only three military reactors in Russia: two in Seversk, the Tomsk region, and one in Zheleznogorsk, the Krasnoyarsk region. The reactor in Seversk is scheduled to be stopped in 2007, whereas the ADE-2 reactor in Zheleznogorsk is to be shut down in 2008,” a spokesperson for the agency said. 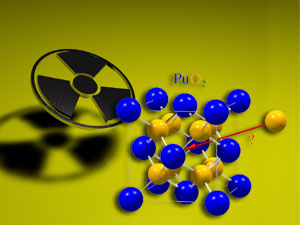 The Soviet government decided to launch a unique nuclear production 55 years ago, on February 26th, 1950. A mining and chemical plant was built ten kilometers far from the town of Zheleznogorsk, 250 meters deep under the ground. Two military reactors AD and ADE-1, which were cooled with water from the Yenisei River, have already been stopped, Rosatom said. The ADE-2 reactor, which was put into operation in 1964, is outfitted with the closed circuit cooling system, which does not pollute the river.

In addition to the plutonium production, the ADE-2 reactor illuminates and heats the closed town. “The reactor can not be stopped until an alternative source of heating and electric power appears in the town,” a spokesman for Rosatom agency said. It was stressed out that the scheduled shut down of the reactor would not affect the Russian nuclear power. “There is enough plutonium in the country to make the necessary amount of nuclear weapons,” the source said. Each of the three reactors in Zheleznogorsk used to produce 1.5 tons of plutonium a year.

The light-water, graphite-moderated reactors, which were shut down in Zheleznogorsk, are identical to plutonium reactors that were stopped in Hanford, Washington. According to the US-Russian shut down agreement, the USA undertook to fund the reconstruction of the heating and electric power station in Zheleznogorsk and Seversk. The project is evaluated at about $350 million; the funding has already started, Rosatom said.

The closed town of Zheleznogorsk (formerly known as Krasnoyarsk-26) is situated on the banks of the Yenisei River, 50 kilometers off the city of Krasnoyarsk (Siberia). The town has the 100,000-strong population; about 8,000 people work at the nuclear complex. A scientific and industrial association, which makes communication satellites, is also based in the town. About 70 percent of Russian communication satellites, which are currently working in the Earth's orbit, were made in Zheleznogorsk, Itar-Tass reports.