Will Russia be able to accomplish joint flights to Moon and Mars?

The 2005 NASA budget of $16.2 billion approved by the US Congress means the country seriously plans to carry out Moon and Martian expeditions independently. Other departments, except for the Pentagon, will have curtailed budgets while the NASA budget will be 6 per cent bigger. Will Russia be allowed to participate in NASA's new projects now when the Russian space exploration depends upon the American one? 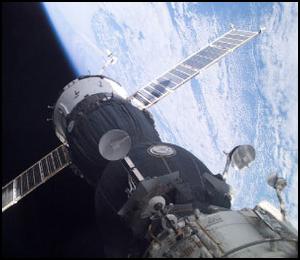 It is an open secret that Russia seriously benefits by international space cooperation, especially its cooperation with the US. The joint flight of Soyuz and Apollo in 1975 demonstrated that the USSR and the USA could rescue space crews if necessary. Thanks to the program the USSR developed new docking systems and tested docking procedures in orbit. The program also added to the US's experience in rescue operations and maintained its manned flights. But for the program, America would have had a 7-year interval between the 1974 Skylab program and the year of 1981 when shuttles were launched for the first time.

The breakup of the USSR and the devaluation of the scientific and political importance of space reduced the number of Russia's manned flights to the minimum. In 1992, Russia and the USA concluded an agreement on shuttle flights to Mir. Deputy Chief Designer of the Energia missile complex Valery Ryumin says the program helped the Russian manned cosmonautics survive in 1995-1998. The USA in its turn gained experience in flights to orbital complexes; astronauts learnt how to work at the space station. Starting with 1993, Russia has been working at the International Space Station together with the USA, Europe, Canada and Japan. In fact, joint projects result in political benefits as well.

The victory of George W. Bush at the recent presidential election in the USA means that America will be heading for the space objectives the president outlined in January 2004. In other words, the US plan to develop a new CEV manned spaceship by 2014 to substitute shuttles; to accomplish another Moon expedition by 2020 and to start manned flights to Mars after 2030. America will focus on development of the space industry under Bush. These are rather good prospects for Russia from the point of view of short-term outlook. It may happen that George W. Bush will agree to use Russian Soyuz spaceships for flights to the International Space Station between 2010 (when shuttles are supposed to be given up) and 2014-2017 when CEV starts its flights or the International Space Station deorbits.

Will Russia be able to accomplish joint flights to Moon and Mars? Bush devoted just few minutes to international cooperation in his hours-long speech on space issues on January 14, 2004. The US president mentioned that America would invite other nations to share the challenges and the opportunities of a new era of discoveries.

America relies just upon itself in its prospective Moon and Martian expeditions. These projects stimulate US's scientific and industrial resources; create breakthrough technologies that will make the USA competitive in the 21st century. The American Physical Society has criticized the Martian and Moon projects for too abundant engineering and insufficient science. To protect the national concerns, the USA will not involve rivals into development of advanced technologies.

America will probably cooperate with other countries, but it will still develop key technologies independently. In other words, America is the only country that will gain political benefits by accomplishment of the inter-planetary projects.

As for Russia, it is unlikely to cooperate with the USA in the projects for several reasons. First, the USA would not like to stimulate Russia into creation of advanced technologies for production of new arms. Second, Russia cannot now develop breakthrough space technologies. The Mir station was Russia's last serious achievement; previous achievements can be used for near-earth flights only. Third, American politicians state that the US spent $5 billion more and the assembly was delayed for four years (Russia insists the delay made up 2.5 years) as a result of the cooperation with Russia in the International Space Station program.

Director of the Space Policy Institute at George Washington University's Elliott School of International Affairs John Logsdon believes that the USA can let Russia participate in prospective projects only as a producer of incidental parts. In other words, valuable cooperation with the USA is possible only when Russia and America act as equals. Today, equality between Russia and the USA may be achieved only when America understands that Russia can reach Mars independently. Then, America may agree to cooperate with Russia not to be in the rear guard in Mars exploration or to achieve its goals quicker.