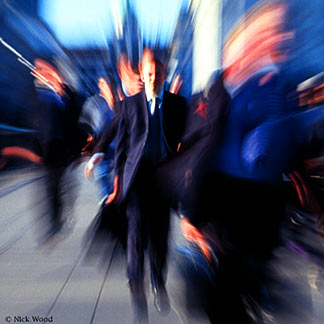 Each one of us has to strive hard to be successful in life. For some people, career appears to be of utmost importance; others are interested in getting in prestigious university while surpassing all the competitors. Some, constantly have to be on a look out constantly fighting for their rights. As it turns out, such constant “fight for survival” does not go unnoticed for our organism healthwise. Not only does this overwhelming stress destabilize our nervous system, it also affects our essential processes such as hormone secretion and sexual urges.

Such was the conclusion drawn by the group of researchers from the University of Cytology and Genetics of Russian Academy of Science after examining such social phenomenon of social struggle for survival. Male rats were used as subjects. Several rodents were placed in a single container. This in turn resulted in increased level of aggression, since each one of them attempted to dominate the situation within the hierarchical structure of a still forming “society”. Afterwards, the “victors” were transferred to another container, thus separating them from the rest. Then, the scientists recorded the so-called “social status” of each animal (which could easily be determined by creature’s behavior as well as its attitude towards) and placed it in a separate cage in close proximity with another cage containing a female rat. Both cages had an opening enabling the male to see and smell the female; but at the same time, it restricted male's entrance to the female’s cage. The level of sexual urge was judged by the frequency of male's attempts to approach the female. Furthermore, in order to ensure the overall objectivity of the experiment, the scientists also measured their testosterone level in blood.

Further data analysis revealed that the worse the animal performed in the so-called “social structure”, the faster it lost its interest towards the opposite sex partner. All “defeated” males were becoming indifferent of the female after a few minutes of contact. The “victors” however had troubles enjoying themselves as well – their libido turned out to be lower than the norm. They started losing all interest towards the female within 25-30 minutes, whereas those rodents that did not participate in the “fight for survival” in the first place, attempted to approach the female a long time afterward.

What conclusions could be drawn from such experiment? As it turns out, the less time we have to spend on settling conflicts, the better our life (professional and personal) will be.