Every fifth man has women's brains

Women could not think properly because of their emotions

Scientists discovered that every fifth male has "female brains." The owner of such brains does not necessarily look like a gay man. Vice versa, he can be a rather brutal-looking macho. A man with women's brains will differ from other men for his passion for women's occupations. 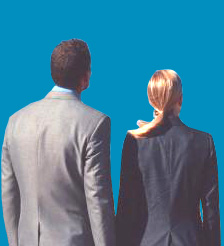 A man can always use the "women's logic" argument in a dispute with a woman. The argument finishes the dispute immediately, and the female opponent will not be able to win it, no matter what she will try to say in her own defense. It was generally believed that the male way of thinking was much more rational: women could not think properly because of their emotions. Recent scientific discoveries reject the connection between sex and the thinking. Professor Simon Baron-Cohen from the University of Cambridge says not all men possess the male quality of thinking about systems. Because of such quality men know how to read maps, make plans and lists. On the other hand, not all women are capable of feeling.

Scientists also discovered that at least every seventh woman has the male mindset. Such ladies often become outstanding mathematicians, they stand out for their abilities to analyze. In addition, there is a different kind of thinking, which can not be categorized either as men's or women's thinking. Researchers call it the "balanced" thinking. An individual with the balanced thinking possesses both female and male qualities.

The human brain starts its formation at early stages of the embryo's development in the womb. It does not obtain a certain sexual orientation afterwards. The causes of the sexual orientation of the human brain are not known yet. Scientists, however, developed special tests, which allow to determine “sex” of the brain in early childhood. Such tests may come in handy for parents, who might wish to control the development of their child. The male brain manifests itself well in exact sciences. The female brain is better at something more abstract – philology, fashion, creative art.