Milk & Cigarettes: what is worse? 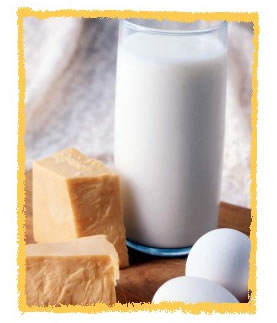 According to British professor Jane Plant, milk is just as harmful for us as cigarettes.

All dairy products should be excluded from one's diet, because they are known to cause breast cancer in women and prostate cancer in men.

The professor is widely known for her anti-dairy radical views. Her book entitled “Your Life—In Your Own Hands” which has been published last year ponders this exact issue. Nowadays, Plant is getting ready to publish another opus: “Prostate cancer: how to diagnose, prevent and cure the illness.”

Such hatred towards milk products is not without reasons. When nine years ago she had her fifth recurrence of breast cancer, doctors had told her she would live for a few months. The persistent woman however did not wish to give up so easily. She was able to draw certain correlation between the Chinese diet which involves very small dairy intake, with a very low rate of breast cancer patients there. She also decided to completely exclude milk products from her diet. After about five weeks, Plant's tumor started to decrease. Today, this 60-year-old woman is a tumor-free person.

According to the professor, one of the ever-present hormones in milk is carcinogenic. In addition, the amount of it tends to increase and reach inadmissible high concentrations due to animal's hormone treatment.

There exists a clear correlation between concentration of this particular hormone in man’s blood and the amount of specific prostate's antigens in his body. Aside from this hormone, excess amount of calcium in one's body can also trigger development of tumors as it blocks vitamin D.

Milk is not the only product that has been declared to pose certain health risks. Eggs and butter for instance can lead to heart attacks, while cheese turns out to be a real narcotic. At the same time, some traditional food products are being attributed rather nontraditional therapeutic qualities: apparently, coffee prevents Alzheimer's and raw fish helps to cure bronchial asthma…

Basically, all of these suggestions make one's head spin. In the meantime, before you decide to refrain from milk and other dairy products, it would be nice to remember that even the most famous professionals make mistakes. Take for example Dr. Atkins, who as it turns out, has suffered from obesity.