We will die of science

We will die of Science 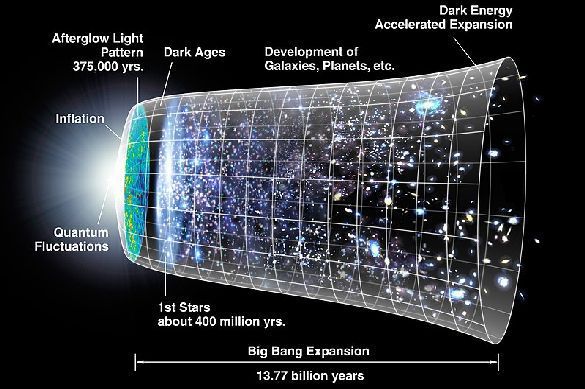 Modern science, born as a reaction from below to the unquestionable truths of the Scriptures, is now removed from the doubts that come precisely from below; raised to the rank of untouchable faith by a tireless army of televised priests. For this reason today it is necessary to defend science from itself, from the tendency to transform itself into a congregation of theologians, extraneous to society and intolerant of democratic control.

Omar Bradley was one of the great American generals of the last century, and perhaps the longest-lived: he died, almost ninety, in April 1981. In a speech given in 1948, Bradley says:

"We have many men of science, but few men of God. We have understood the mystery of the atom and rejected the Sermon on the Mount. The world developed genius without consciousness."

It is easy to see in such words the specter of that technological massacre that was the Second World War, the atomic light that shook even Oppenheimer deep down in his heart - "I have become death, the destroyer of worlds" the physicist says in front of the Trinity nuclear test, the first in history. However, there is, in Bradley's speech, something that goes beyond pacifism and that makes the concept impossible, almost heretical today: a direct accusation to science as institution. Not generic obscurantism, but the warning that science is not enough in itself - without a faith, an ethics, a social structure to be accountable to, it represents a danger for humanity.

Other times: it is unthinkable that, today, a national authority would say in public that there are too many scientists. Funds for research can only be said to be insufficient, even if the one who says so is a ruler who would have the possibility, but not the intention, to intervene in this regard: a toll to be paid to the politically correct, insignificant without an analysis of public spending tout court. The thirst for technocracy of our late modernity - typical, in particular, of those who lost the elections - reaches paroxysmal peaks when it comes to science, to the point that only two categories are left to problematize the question: one, that is increasingly marginal of the philosophers curled up in the ruins of the Frankfurt School, among the shreds of twentieth-century reflection on technique and biopolitics; the second, the carnival of conspiracy theorists, no-vaxes and inhabitants of a Flat Earth. For all the others, the good people, "the bourgeois blind by honesty", science is a mysterium fidei that cannot be discussed outside the laboratory.

But right in the middle of the great epidemic, the event that will mark, culturally even more than biologically, our lives, we must strive to desecrate science, to save it from the delusion of omnipotence towards which a desperate population and a politics without answers risk pushing it - just as liberal Catholics wanted to free the ultra-worldly Church from the lure of temporal power. Let's start, by way of example, from the petty media duels between virologists we have witnessed - Burioni against Gismondo, Burioni against Tarro - and from the most significant international clash between Nobel laureate Luc Montagnier and a large part of the scientific community. Montagnier claims that the Sars-CoV-2 virus was artificially created: a very weak hypothesis, based as it is on undisclosed personal research and on a study published by a group of Indian researchers, which was then withdrawn. Beyond the fact that Montagnier is right or wrong, however, the huge mobilization of scientific associations and the general press against the French doctor brings out a particular attitude of journalism (and of society as a whole) in the face of science, already stigmatized by seven years ago by paleontologist - and editor of Nature - Henry Gee in the Guardian [1]:

"Science programs on television take an annoyingly reverential line. [...] Debate and dissent are not only forbidden, but inconceivable. [...] We can only sit and look without understanding. [...] Scientists, or those who pass themselves off as scientists, claim an almost religious authority. And, as anyone who has dealt with religion knows, in this area there is no criticism, there is only blasphemy."

"To punish me for my contempt for authority" - Einstein says - "they made me an authority": it is ironic that modern science, born as a reaction from below to the unquestionable truths of the Scriptures, is now removed from the doubts that arise right from below. To understand where the mistake lies, you need a good guide on how science works, so the reader will forgive a bit of pedantry.

An experimental research, on any hypothesis and in any discipline, produces a statistical value, traditionally indicated with the letter P; the number simply indicates the probability that the result happened by chance. For example, that a pathology regressed by itself and not due to the drug: the larger the experiment and the more times it is replicated, the more unlikely it becomes that it is a coincidence. The P value will never be reset, therefore on a theoretical level our entire knowledge from Galileo to today could be wrong: it is immensely unlikely, but it is enough to make the term "scientific truth" absurd, so often invoked to extinguish the debate. Niceties on the end of a pin, you will say and it would be so if we did not have every reason to believe that the peer review process, at the basis of scientific publications, gets stuck often and willingly.

In 2005, physician John Ioannidis published a now classic study, with a shattering title: "Why Most Published Research Is Fake" [2]. Ioannidis's analysis makes explicit a problem that all scientists are aware of - and that, instead, our opinion-groupies of science tend not to tell: the so-called reproducibility crisis. If such a large percentage of the studies in circulation is not replicable - therefore it lies outside the scientific method - the reasons are systemic: above all, the catastrophic paradigm of publish or perish, for which researchers keep themselves in the running by producing results all the time. With bad consequences on quality, the low credibility of many scientific journals; in some cases straight-up scams, scientists at the service of economic or political interests, as was the case with the tobacco industry.

There is, however, another, more evanescent element, for which journalism and scientific dissemination are directly responsible: the tendency to uncritically confirm the current academic consensus. Montagnier, Wakefield, anyone who proposes heterodox ideas is - understandably - pursued with an almost inquisitive air, subjected to the highest degree of suspicion; if we apply a fraction of this rigor to less controversial research, however, we realize that they are equally watery. Psychology professor, and professional debunker, Richard Wiseman found himself stating [3], a decade ago, that parapsychological research has reached the qualitative standards of all other areas of science but, given the revolutionary potential of the subject, the results remain insufficient. A position of common sense, based on Carl Sagan "extraordinary hypotheses require extraordinary evidence" but which can be overturned in a disturbing way: indeed studies that have the same technical solidity as those on telepathy and horoscope are told to the public as truth revealed, just because closer to the mainstream?

As ridiculous as it may seem, the alarm raised by Ioannidis suggests that this is the case. And this is so because, with all due respect to our warlike Burioni, science is not only democratic, but shares the worst characteristic with democracy: it tends to measure the value of an idea with the volume of applause, as Nicolás Gómez Dávila says. The audience is small, but the mechanism is identical: a plethora of historical examples testify to this, from the universal opposition of the academy to the idea of ​​continental drift proposed by Alfred Wegener, to the editorial with which John Maddox, in Nature [4], declared the Big Bang theory philosophically unacceptable because it is too similar to biblical creation. And it is obvious that this is so: science progresses, as Thomas Kuhn points out, when the volume of accumulated evidence is sufficient to drive the older generation of scientists out of the trenches, with their preconceptions and their careers based on a specific world view - "From funeral to funeral", to paraphrase Max Planck. At a time when journalists, popularizers and scientists intoxicated with prestige claim unquestionable authority for science, they are denying it its great gnoseological advantage: the ability to perceive itself as provisional and self-correcting.

The real tragedy, especially in a country [Italy] that often slips into Manichaeism like ours, is that the scientific discourse addressed to the public has become a fight in the mud in which appear media characters who are completely ignorant of epistemology. The usual [professor] Burioni [5], which is spreading a crude nineteenth-century positivism, is valid as an emblem when Paul Feyerabend wrote these lines in 1975:

"Without chaos there is no knowledge. Without frequent renunciation of reason there is no progress. [...] We must therefore conclude that, within science, reason cannot and should not dominate everything and that it must often be defeated, or eliminated, in favor of other instances. There is not even a rule that remains valid in all circumstances and there is nothing to which one can always appeal."

There is a complexity, in knowledge, which is regularly lost in the hateful practice of blasting, in a contempt addressed not only to the other as an interlocutor, but to the very idea that there is an Other than the norm. Thus one expires in the slothful cult of experts, which absolves the duty of thought and therefore becomes disabling, in the terms of Ivan Illich; on the other hand, blind faith corresponds to gangrenous rejection, and the public to whom listening and dialogue are denied ends up at the mercy of any charlatan who lives on the margins of the scientific community. More than from no-vax, however, today it is necessary to defend science from itself, from the tendency to transform itself into a congregation of theologians, extraneous to society and intolerant of democratic control. We can do this by claiming the power to generate error, which is the womb of what we will know tomorrow, without fearing the heresy of Tolstoy's Konstantin Levin:

"My main sin is doubt. I doubt everything and I always find myself in doubt."