A Cure for COVID-19 Exists: Campaign to Debunk Its Effectiveness That Promotes Hazardous to Health Mass-Vaxxing

A Cure for COVID-19 Exists: Campaign to Debunk Its Effectiveness That Promotes Hazardous to Health Mass-Vaxxing 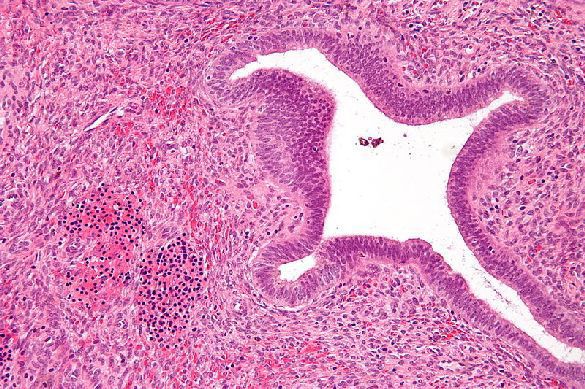 Why? Because an effective treatment is readily available, cheap, and if widely used to treat the disease or taken prophylactically to prevent it, Big Pharma's aim to cash in big from harmful to human health mass-vaxxing will fail.

A campaign is underway - ClinicalTrials.gov - to manipulate the public mind with fake news about vaccines in development that are likely to be available in the coming months.

Suppressing potential hazards to human health from mass-vaxxing, information about a safe and effective COVID-19 cure is suppressed.

Hydroxychloroquine (HCQ) combined with either azithromycin or doxycycline and zinc is highly effective.

HCQ has been around for decades. It's widely available in generic form, cheap, and safe when used early after COVID-19 infection is diagnosed.

She was fired after appearing with other HCQ truth-telling physician members of the group by video in a White Coat Summit that went viral - explaining the drug's effectiveness.

On August 2, she tweeted:

"After our press conference (via video), I was defamed by the media, censored by social media companies, terminated from employment, and viciously attacked, all for advocating for the right of physicians to prescribe what they believe is best for their patients."

She and other White Coat Summit doctors explained HCQ's effectiveness based on their own experience in using it to treat COVID-19 patients.

By video, Gold said "(w)e're here because we feel as though the American people have not heard from all the expertise that's out there, all across our country."

"We're America's Frontline Doctors...here only to help American patients, and the American nation."

White Coat Summit participant Dr. Stella Immanuel's remarks were dramatic and important for everyone to know, saying the following:

"Any study that says hydroxychloroquine doesn't work is fake science."

She and other White Coat Summit participating physicians debunked what they called a "massive disinformation campaign" against safe and effective HCQ in favor of hazardous to human health mass-vaxxing.

Immanuel explained that she had 100% success in treating 350 COVID-19 patients by using HCQ combined with azithromycin and zinc.

She slammed politicians for trying to prevent doctors from being doctors, free to treat patients with medications known to work.

"You're like the 'good' Nazis, the 'good' Germans, who watched Jews get killed and didn't speak up."

She and other doctors she knows are taking HCQ prophylactically.

Despite being in direct contact with COVID-19 ill patients regularly, none contracted the disease.

After going viral, the video by America's Frontline Doctors was suppressed by You Tube, Facebook, Twitter and Google - in cahoots with Big Pharma, Big Government and Big Media that are promoting mass-vaxxing.

After debunking HCQ's effectiveness in May, the Lancet published a retraction of its report that falsely claimed the drug is ineffective and risks death for users, saying:

"Based on (new information and dubious research methodology), we can no longer vouch for the veracity of the primary data sources. Due to this unfortunate development, the authors request that the paper be retracted."

"We deeply apologize to you, the editors, and the journal readership for any embarrassment or inconvenience that this may have caused."

"The results of this study demonstrate that in a strictly monitored protocol-driven in-hospital setting, treatment with hydroxychloroquine alone and hydroxychloroquine + azithromycin was associated with a significant reduction in mortality among patients hospitalized with COVID-19."

Patients treated with HCQ or azithromycin alone "had the highest cumulative hazard"- why combining them is essential.

IJID stressed that study results show that HCQ and azithromycin "may have an important role to play in reducing COVID-19 mortality."

Role of the Big Media

In mid-June, the NYT headlined: "What to Know About the Malaria Drug (HCQ) Trump Says He Is Using," saying the following:

"Here are the facts (sic) on hydroxychloroquine, which the president has promoted to fight Covid-19 despite warnings from the FDA that it can cause heart problems (sic)."

"(S)tudies of hydroxychloroquine have found that it failed to prevent or treat influenza and other viral illnesses (sic)."

Studies that claim HCQ is effective "were small and did not use proper control groups (sic)." They were "discredited (sic)."

"There is no evidence that hydroxychloroquine can prevent coronavirus infection (sic)."

The NYT report was fake news, similar reports republished by other establishment media.

In mid-July, the Washington Post falsely claimed that HCQ "studies show the drug is not effective for early treatment of mild covid-19 (sic)," adding:

The WHO, FDA, and NIH falsely claimed HCQ is ineffective in treating or preventing COVID-19.

The WHO claimed "interim trial results show(ed) that (HCQ) produce(d) little or no reduction in mortality of hospitalized COVID-19 patients when compared to standard of care (sic)."

The FDA "caution(ed) against the use of" HCQ or chloroquine for COVID-19... due to risk of heart rhythm problems (sic)."

In late June, the NIH halted a clinical trial of HCQ, falsely claiming it "provides no benefit...to hospitalized patients with COVID-19 (sic)."

"Currently there is no specific antiviral treatment for COVID-19 (sic)," adding:

"The jury is still out regarding whether (HCQ and azithromycin),  alone or in combination, can treat COVID-19 viral infection (sic)."

"(R)esults of a clinical trial...published in the New England Journal of Medicine found that it did not prevent infection (sic)."

"However, how this study was conducted has been questioned by some experts."

"Where does that leave us? The recommendation has not changed."

"Chloroquine or hydroxychloroquine with or without azithromycin should not be used to prevent or treat COVID-19 infection (sic) unless it is being prescribed in the hospital or as part of a clinical trial."

Ahead of the likely rollout of COVID-19 vaccines in the coming months, a full-court press blitzkrieg promoting their use will likely precede their availability.

At the same time, demeaning HCQ continues, a campaign of lies and deception to denigrate what's effective in treating COVID-19 when used as directed.

Trust reliable alternative media reports on this and other issues.

Author`s name Stephen Lendman
*
13:57
Russia will not talk to Ukraine. Russia will talk to the West
13:34
USA's plan to give 20 percent of Ukraine for peace hoax
12:51
Medvedev: Ukraine as a state to be devastated, go bankrupt and be turned into colony
18:34
Biden changing strategy on Ukraine to reach diplomatic solution with Russia
13:35
USA's next step is to suppress European economies
12:28
Moscow wants to push Ukrainian troops away from Russian territories
19:55
US eco activist arrested for walking calf on Red Square
19:06
Putin speaks about the shelling of Russian regions
16:17
Ukraine shells Druzhba oil pipeline, minor damaged caused
14:48
Russian karate athlete, European champion, killed in Ukraine
Ukrainian forces suffer heavy losses while trying to cut across Dnieper