Covid-19: Time to apportion the blame

Covid-19: Time to apportion the blame 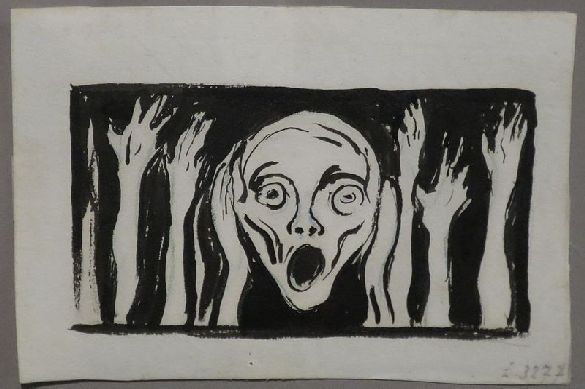 If any of us mismanaged our companies or institutions the way the authorities have mishandled Covid-19 we would be out on the street.

We still risk being out on the street if we do not pay our rents and mortgages after a certain pre-set date which does not take into account our future ability to earn a living. The point is, those who have left us all in this situation will continue to receive their fat paychecks after a performance like this.

It is unorthodox to start firing off in all directions at a time of global crisis but just a minute here, if I screw up one inch, the system falls on top of me. I remember a time when a communication for a due payment of my tax contributions was sent to the wrong address (actually one that did not even exist) and guess who was fined for late payment?

Why should we keep quiet?

If I miscalculate my VAT repayments by one cent, the system falls on top of me. If a bank employee mistakenly debits my account to the tune of 30 million Euro instead of crediting it with one million, which happened, my bank account gets frozen and I am charged for interest due on the "loan" (which happened). If an idiot in a call center on the other side of the world asks me a security question to which I answer correctly, and he happens not to have that answer on his screen, he freezes my account, which happened.

So why should I keep my mouth closed when those who are paid, handsomely, to protect us have left us in this situation? Tens of thousands dead, many more to come, hundreds of thousands sick, millions unemployed, jobs lost forever, university and school students with their academic years in tatters, industries ruined, people afraid to venture outside, like WTF is this?

If there is money for submarines...

Simulations of this type of emergency are run regularly, there was one in the USA just last year, called Crimson Contagion. And let us be honest here. NATO countries spend one point two trillion dollars annually, each and every year, on weapons systems to murder people. That is one point two thousand billion dollars, or 1.2 to the power 12 or 1,200,000,000,000 USD.  Each and every year. So if there is money for submarines, and sh*t, why isn't there money to provide a ready cure for a virus which is killed by soap suds?

That is just the collective military spending of NATO countries, it does not exonerate anyone else but we might say that if NATO did not exist, others would not need to spend so much in containing it, for NATO itself is like a virus.

Why have our health authorities left us open to this nightmare? There are stories of British doctors in the National Health Service (NHS) working to save lives with plastic trash bags over their heads! Who allowed the NHS to get so totally unprepared for such a scenario? Ah, but there'smoney for submarines. To keep you safe.

Taken by surprise? Give me a break!

As for being taken by surprise, BULL!! I repeat, BULL!! I have been reporting on these pandemics for decades and I have been reiterating exactly the same points time after time after time, year after year after year. Each and every time our wonderfully mentally advanced and super-prepared, wizzy health authorities copy and paste the same old strategies. The WHO website was OUT OF DATE on some days of January this year while this monster was emerging

What have I been saying for decades?!

At the first sign of something like this, report it. The PR China, although the country has woken up and provided leadership, at first tried to cover the outbreak up, fearing what? What was it trying to cover up and why? If the outbreak had been isolated and quarantined when it appeared, that is, before the December 31st date and venue in Wuhan Wholesale Fish Market, things would have been different and this would have had a SARS-like history.

But let us not blame only China. The WHO once again adopted the posture of a voyeur, sitting back and watching, telling us to be "vigilant" and informing us as usual as this virus crossed the six well-known thresholds to global pandemic, Phase VI. Wow, like what a (rude word) surprise! General Health Directors were scoffing at reports that this could get very serious, they were laughing at the notion there would be human to human transmission chains while I was writing articles warning that this could be "the one" and now look where we all are.

So the bottom line is you study hard for your exams, you behave yourself at school, practise sports, try to excel at everything, go to University, get a job, try to keep it, try to find other areas of work so that you avoid having one boss, broadening your approach, then you try to get a house and keep it as you bring up a family, doing everything you should, paying your taxes, contributing to private pension plans and so on AND NOW THIS BREAKS OUT through no fault of our own and bang goes the lot down the pan, hook, line and sinker. Is this what we pay our authorities for? Is this fair?

It isn't as if they were not warned, for Christ's sake! They mismanaged the entire story from day #1. They spent BILLIONS of stupin weapons systems, spent BILLIONS on arming terrorists and sowing misery and havoc across the globe, they spent TRILLIONS on invasions and military bases and doctors are going around with plastic bags on their heads, old timers are being denied ventilators because "we haven't got enough" and their ventilator is likely being given to some (freakin') drug addict who spent his entire life screwing up families and wreaking social terrorism wherever his sorry ass went. Just when they need something in return, the system refuses them the right to live? Like WTF is this?

Forgive me, I will NOT spare those who deserve the blame in this as they would not spare me either, as the system has never spared me when I screw up by a cent in my tax returnsor if I am caught in a traffic offence when nobody is anywhere near my car at 4 a.m. Fair enough, I have to pay my taxes, I have to fill in the forms correctly and I have to obey the regulations.

And what about those who are supposed to be protecting us? I believe the lot of them should resign in utter humiliation and let someone else try another approach to health management which explores another way other than the obsession with vaccines, which considers ZINC as a (preventive) treatment for Covid, which considers using the drugs provided by Japan and Cuba and exploring the possibility, as from the word of doctors, that Hydroxychloroquine is the most effective drug already available. They should be exploring the fact that alkaline environments seem to be hostile to Covid-19.

Guess who pays for this

They should have acted when they were warned what would happen. They didn't and they left us all vulnerable to this. And now guess what?

Guess who is going to pay for this mess for years to come? Why, we are. Who was it who bailed out the banks? We did with extra taxation, in many cases furtive taxation. So if we are going to be called upon to pick up the slack yet again, let us demand something in return.

I do not mind working harder and paying even more taxes than I do, which is quite enough already and very unfair because there are those who earn far more than I do and pay less, because I do not use mechanisms to try to escape. I pay what I am due to pay and fair enough. I do not even discount electricity, medicines or anything, I just pay what they ask. I do not mind even seeing the retirement age edge further and further away from me. I am 61. It used to be 65. Now it will probably be 70. Again, I don't mind.

But in future if anything happens to one single member of my family, or to me, because a hospital doesn't have a ventilator or because they didn't do a test or because the doctor was so exhausted he screwed up, or if I see a doctor working unprotected, something sinister is going to lunge behind my eyes.

They don't have money?????????????????????? They couldn't see it coming???? Then how come NATO soldiers are playing around with stupid war games in Estonia protecting it from what? An invasion from Saturn? If Russia wanted to it could carpet-nuke the place and blast it off the face of the Earth, Estonia and all NATO countries at the same time. Except Russia does not want to, never has and never will. So if they are spending one point two trillion dollars each and every year how DARE THEY say they cannot affors face masks and ventilators!! Like are they stupid or what? And if I could see this back in early January, why couldn't they?

So fire the lot of them, give me their salaries and I will do everything myself and yes I will pay the due tax on what I receive.

Ladies and gentlemen, do I do NOT feel sorry for the world's health authorities, not one iota. Ask yourselves, what the HELL have they done to protect us??