Climate change and criminality: Is there a connection?

Climate change and criminality: Is there a connection? 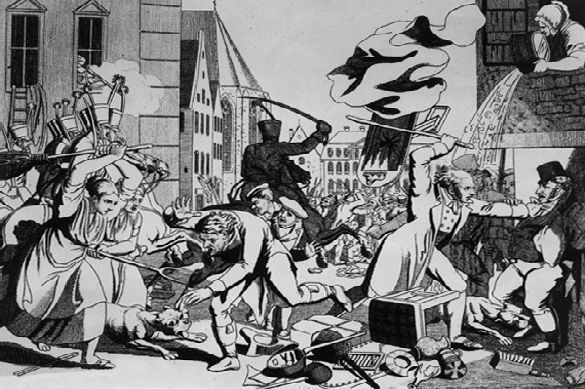 A joint study between Portuguese and Russian collaborators, funded by the Russian Science Foundation, brings up some interesting facts on climate change and crime.

The study was supported by the Russian Science Foundation.

1.       Are there differences in the results obtained between geographic regions?

Although we account for cultural, geographic, and climatic diversity of Russia, we do not specifically disentangle the results between geographic regions. The unique feature of using the Russian data to analyze the impact of weather is that both extremely hot and cold temperatures happen in all regions of Russia. Therefore, we are primarily interested in the impact of extreme days on an average person in an average region rather than studying the diversity of this impact between the geographic regions. The findings also suggest that in regions that are poorer, with higher unemployment, and with higher consumption of spirits, the likelihood of female victimization during both hot and cold days is greater.

Concerning the last finding regarding a differential impact on regions with different economic development and consumption of spirits, the reasons for such differences might be different. For instance, people in regions with a better economic development are more likely to have better resources to cope with the impact of extremely hot weather, e.g. by installing the air conditioners more often than in poorer regions. This may mitigate the impact of hot weather by reducing the exposure to it. Also, we find that on average, the impact of hot weather on violence is more pronounced during weekends. If the unemployment in a region is high, then it is likely that during hot week days, the victimization will also be higher, and the consumption of spirits may exaggerate this effect.

3.       Are there any differences between the type of crimes committed between geographic regions? What would be the explanation?

In our paper, we are primarily interested in violent mortality, and did not study other types of crime.

4.       Can a table be prepared specifying temperature / crime and the way in which these two vectors interact?

We find that one day with an average temperature above 25°C is associated with a higher prevalence of extreme violence, while days with an average temperature lower than 25 degrees centigrade have no impact. This is true in the case of the total number of victims as well as male or female victims. As shown in this figure, during a day with temperature above 25°C the number of victims of both genders increases by 0.60 persons per 1,000,000 of inhabitants. The number of female and male victims increases by 0.32 and 0.91, respectively. In relative terms, those impacts correspond to 0.26%, 0.31%, and 0.245% increase in the number of total, female, and male victims, respectively.