2019-nCoV: Wuhan novel Coronavirus, is this the one? 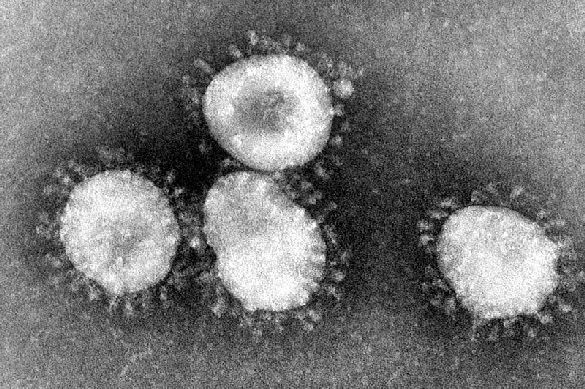 China takes the lead in imposing travel restrictions, locking down the city of Wuhan while the rest of the world acts as a voyeur. Could this be catastrophic?

If you want information on the novel Coronavirus, don't bother going to the World Health Organization website, whose advice from a piece posted on January 10 reads:

This, while admitting in the same piece of advice to travellers that the level of risk and the means of communication of the virus remain unclear, and while admitting:

"WHO does not recommend any specific health measures for travellers. It is generally considered that entry screening offers little benefit, while requiring considerable resources".

This, while the WHO Emergency Committee appears unable to decide whether to issue a declaration of a public health emergency of international concern. Let us examine the WHO's previous record in such illnesses. Does anyone remember the Influenza A H1N1 a decade ago? The WHO sat back,told people to be vigilant and to avoid contact with those infected, then informed us as the virus spread from Phase 1 through to Phase 6. In other words, the virus became a global pandemic and the authorities waited until enough people were infected for the Pharma Lobby to swing into action and make billions on selling targeted anti-viral medication. The same approach followed with the West Africa EVD (Ebola Virus Disease) in 2013-2016.

The six phases to global pandemic

Western media outlets have been reporting the reaction by the Chinese authorities, namely to lock down the city of Wuhan, where the beginning outbreak was identified in the South China Seafood Wholesale Market on December 31, as being draconian or authoritarian. I would report them as being plain common sense, lamenting the fact that this only took place three weeks after the outbreak was registered.

The scope of the virus

It has now spread from Wuhan to other regions of mainland PR China and there are cases in Thailand (4), Hong Kong (3), Macau (2) Japan, the Republic of Korea, Saudi Arabia, Singapore, Thailand, Taiwan, and the USA (1 each) In total there are 648 cases and 17 deaths (a two per cent mortality rate).

However, "most" but not "all" cases are linked to the same seafood market in Wuhan, meaning that there is human-to-human transmission. With the number of new cases sky-rocketing from day to day, it would appear that we are already at Phase 4. Yet while people are unable to enter or leave Wuhan for other parts of China, they can board a plane and fly to London or several destinations in the USA.

There is an average ten-day delay between original infection and hospitalization/treatment. The virus takes 4 or 5 days to manifest symptoms and these develop over three to seven days. This means that the patients being reported as new cases appearing today were infected ten days ago, it means that those reported on December 31 were infected in mid-December.

The symptoms, depending on the patient, start with a runny nose, sore throat, coughing, fever, headache, developing into shortness of breath, difficulty in breathing, and in severe cases sepsis, resulting in septic shock, respiratory failure, multiple organ failure and death. Reports state that around 25% of the cases result in serious or critical illness, many of the patients revealing multi-lobal pulmonary infiltrates or pulmonary infiltration in both lungs, progressing 50 per cent in 24 hours. While this is not Influenza but a Coronavirus (which causes the common cold and gastro-enteritis), dark images begin to flash recalling Spanish Flu (1919-1920) which killed over 50 million people around the world, infecting 500 million.

The first cases reported to the WHO by the Chinese health authorities identified the South China Seafood Wholesale Market in Wuhan City as being the source of the infection, and many of the original infections had a connection with this market. However, the vector (transmitting agent) is not necessarily seafood. The market is also a center for the illegal trafficking and selling of meat from wild animals - wolves, foxes, badgers, snakes, donkets, pigs, sheep, camels, civets (responsible for SARS), rabbits, poultry, bamboo rats, hedgehogs, various reptiles...and bats.

How much do we know?

Very little indeed. So far as far as projected infections and results are concerned, parallels have been drawn with other Coronaviruses which have developed human-to-human transmission, namely SARS-CoV (Severe Acure Respiratory Syndrome) which broke out in China in 2003 and has caused 774 deaths in 8.098 cases (a mortality rate of 9.5%) or MERS-CoV (Middle East Respiratory Syndrome), which broke out in Saudi Arabia in 2012 and has caused 858 deaths in 2.494 cases (34% mortality rate). The vector of SARS is the civet (a wild cat) and of MERS, the dromedary camel. Both acted as secondary vectors after being infected from bats, the original vector. Li Bin, the Vice-Minister of the Chinese National Health Committee, has declared that there is a risk that the 2019-nCoV can mutate. 2019-nCoV, while being distinct from SARS and MERS, is a betacoronavirus which has similarities to those found in bats and like SARS-CoV, it is a Beta-CoV lineage B virus. It is not clear whether the direct vector is bats or another animal which eats dead bats, such as the snake. The genomes isolated from 2019-nCov are BetaCoV/Wuhan/IVDC-HB-01/2019, BetaCoV/Wuhan/IVDC-HB-04/2020, BetaCoV/Wuhan/IVDC-HB-05/2019, BetaCoV/Wuhan/WIV04/2019, and BetaCoV/Wuhan/IPBCAMS-WH-01/2019. The RNA sequence is around 30 kbp in length and the NCBI genome ID is MN 908947.

If not, and if the virus continues to cause respiratory illness, the same procedure with soap and water or an alcohol based spray or gel helps to reduce the risk of infection. In either scenario, people should remember not to:

Where do we stand?

As usual, the response from the global authorities is pitifully slow and always one step behind the virus. It is almost as if there is a desire for these outbreaks to develop into global pandemics, infecting millions of people and causing thousands of deaths, before the Pharma Lobby swings into action like the cowboy in the white hat in a John Wayne movie. Surely, if cities were locked down, air traffic were banned, and people quarantined inside their homes for the period of incubation (in this case a week and a half), such potentially catastrophic events could be nipped in the bud.

One of these days, one of these viruses is going to wipe out one third of humankind, as the Black Death did in the 14th century. Let us hope that 2019-nCoV is not the one. Or, given the timing of the outbreak just before hundreds of millions of people get ready to celebrate the Lunar New Year with their families, is this the plan?