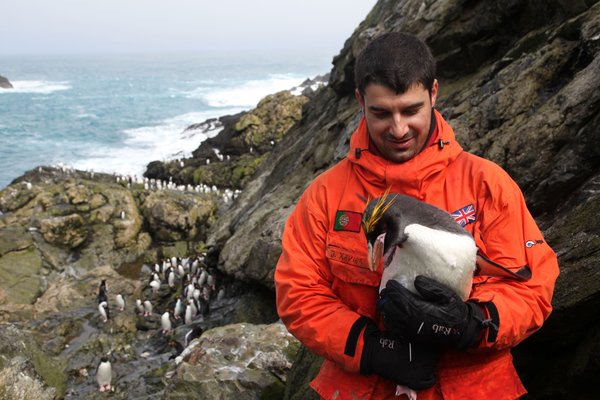 27 polar scientists from 12 countries will meet at the University of Coimbra between June 24 and 27 to identify the scientific progress in the Antarctic region in relation to climate change in the last 10 years in the lives of the animals that live there.

At this meeting, which opens at 4 pm on the 24th at the Science Museum, a number of issues of concern to scientists studying Antarctica will be discussed and analyzed, including how animals respond to climate change, changes in the Antarctic Ocean as regards the life of marine animals, species adaptation and resilience to climate change and the impact of pollution on Antarctica.

The SCAR AnT-ERA international meeting will result in a document to be published as a product of the Scientific Committee on Antarctic Research (SCAR) in order to assist all interested parties : policy makers, the Intergovernmental Panel on Climate Change (IPCC), but also scientists, younger generations and the general public.

José Xavier, professor of the Life Sciences Department of the Faculty of Science and Technology of the University of Coimbra (FCTUC) and researcher of the Center for Marine and Environmental Sciences (MARE), and one of the coordinators (and only Portuguese scientist) of SCAR AnT-ERA, highlights that this initiative "brings together some of the world's best scientists with the clear goal of trying to figure out which species will survive and which may be extinguished in a region that has been most affected by climate change, with lessons for the rest of the planet."

For his part, Julian Gutt (Alfred Wegener Institute, Germany), chief coordinator of the international SCAR AnT-ERA program, points out that "we are looking forward to bringing together the latest results on changes in Antarctic ecosystems, from small algae to charismatic penguins and whales".

Enrique Isla, of the Institut de Ciéncies del Mar (Spain), also coordinator of the program, said that "this initiative will provide important information for future actions in the investigation and the creation of efficient political decisions towards a sustainable global society".