Dopamine for the Winners: how our mind's reward system drives political ambition and affects civilization

Dopamine for the Winners: how our mind's reward system drives political ambition and affects civilization 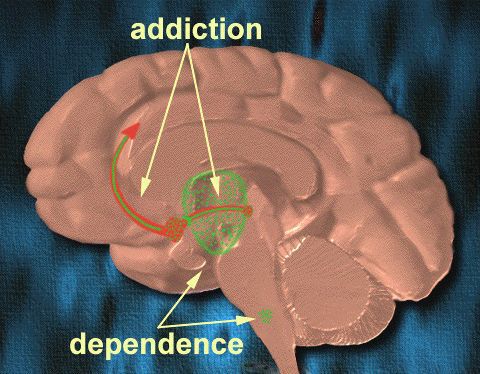 The effects of the brain's neurochemistry on geopolitics and human interaction should be more subject to study and debate. It almost seems like a truism to state that our brains, and their fallibility, greatly affect human progress and societal advancement. But what is most striking in today's culture, is the way in which our mind's reward system is employed by society to encourage economic and political ambition, and to blunt the creative and critical mind.

We all know the feeling: when we receive a present and can't wait to open it, when we have a shot at a coveted promotion, or when we gather likes or support on social media. If things go our way, we become happy and euphoric, and for a brief moment experience an extreme feeling of joy. That feeling is made possible by a neurotransmitter called dopamine.

Dopamine is often perceived as the main chemical of pleasure. The substance works as a transmitter in different parts of our body and plays a major role in the experience of happiness, pleasure, joy and well-being. Some examples of neurotransmitters are dopamine, serotonin, adrenaline and endorphins. Dopamine is a substance that is involved in attention span, pleasure and motivation and is part of the reward system of the brain. Through the production of dopamine, we feel satisfied and rewarded.

If we eat, drink, win, have sex, are in love, gain riches, are successful, get applause, are adored, or whatever it is that gives us a pleasant experience, dopamine is produced. If this happens often enough, our body will not only crave it's presence, but might even become addicted to it.

There are still many things in neurochemical processes that we don't quite understand. However, in recent times, dopamine and other neurological agents have become something of a legal tender, a currency to be amassed. They certainly have become a vital component of a pharmaceutical branch aimed at keeping our 'reward system' up and running, rather than looking at underlying problems.

People suffering from depression due to a possible lack of serotonin and dopamine, thereby getting too easily prescribed antidepressants. Issues that could be the effect of societal discordancy or deeply rooted personal troubles, are thus tackled chemically rather than humanely. In a performance-oriented society, personal problems like depression are treated as a nuisance to be taken away, and replaced by drugs to artificially boost our pleasure center.

It needs no argument that these chemicals do not solve the problems, but merely blunt the very instrument needed to overcome them. However, delving into the core of the issue takes time and effort, two things that are in notoriously short supply in a culture that mostly promotes rapid self-fulfillment and monetary gain. Psychiatrists and physicians simply don't have the time to really listen to their patients, not to mention the fact that the pharmaceutical industry has nothing to gain by a clientele no longer in need of pills.

Instead of trying to boost dopamine levels among the populace, we would do well to take a closer look at the effects of a dopamine-oriented society, and to acknowledge the prime spot that an industry aimed at pleasure and winning has been appointed in our culture.

In the shadow of the winner

In and of itself, there is nothing wrong with ambition in the same way there is nothing wrong with trying to win or succeed. Ambition can be interpreted as the drive to better oneself, or to accomplish something outstanding and wonderful. It drives the businessman and the politician, the creativity of the artist, the enthusiasm of an athlete. Someone trying to save the world is ambitious, and someone making an important political change that protects the rainforest could be regarded as having won a victory over those attempting to destroy it. Winning is great, it's exciting.

But what concerns us here, are the downsides of a society fixed on the winner. Because let's face it, a world evolving around winners mainly consists of losers. Everyone who is NOT a winner, and that is the vast majority of us, is by definition a loser. So there's the happy few that has made it, for whatever reason, and then there's the rest of us. The non-winners.

The loser cannot possibly possess any desirable or redeemable qualities, despite his or her accomplishments. So in our drive to belong to the winning team, we do whatever we can to succeed. Our ambition, our dopamine-oriented brain, goes in overdrive. Athletes resort to doping. Politicians resort to lying. Businesspeople allow themselves to become fraudulent, corrupt or greedy people.

But still, the overwhelming majority will end up being a loser. As the spoils are limited, the positions of power and wealth few and far between, it is inevitable that most people won't succeed. And as the winner is the only acceptable individual in this culture, we are left with billions of people feeling stupid, poor, inadequate, inefficient. Do we still wonder why there are so many suicides?

And there is another aspect as well. Winning produces dopamine, and dopamine - as we have seen - can be addictive. Power, success and wealth are all extremely addictive, especially in a society where economy is the new religion.

In a 2014 article in Oxpol, the Oxford University Politics Blog, neuroscientist Nayef Al-Rodhan takes this phenomenon to the next level. According to him, power, especially absolute and uncontrolled power, is intoxicating for a reason. The effects occur at the cellular and neurochemical level. They manifest themselves in different ways, ranging from increased cognitive functions to lack of inhibition, poor judgment, extreme narcissism, perverse behavior and extreme cruelty. Power activates the same reward circuit in the brain and creates an addictive 'high' in much the same way as drug addiction.

Power uses these ready-to-use reward schemes that produce extreme pleasure. In moderate amounts, dopamine can improve the dimensions of cognitive functions, but it can also make people impulsive, less risk-averse and less empathetic. High levels of dopamine are associated with a sense of personal destination, risk-taking, preoccupation with reaching goals and conquests.

Nayef Al-Rodhan writes: "Since sudden withdrawal of power like the abrupt withdrawal from drugs produces uncontrollable cravings, those who possess power, especially absolute power, are highly unlikely to give it up willingly, smoothly and without human and material loss. It is important to remember that power, like all human emotions, is neurochemically mediated and that unchecked power can create irrational, addicted and destructive impulses."

A revaluation of enforced happiness

So there we have it. The so-called 'losers' experience a shortage in the production of dopamine and serotonin, resulting in a depression, because they cannot cope with the hard, competitive economic society. These people take massive amounts of antidepressants in order to artificially boost their 'happiness', so that they can become willful participants in the very culture they detest. The 'winners' on the other hand, produce too much dopamine, leading to the destructive impulses described above.

This isn't about good versus evil. It isn't about good-natured tree huggers versus corrupt dictators. It's about all of us, and about our deepest nature. The brain is pre-programmed to seek pleasure. That is why we are all addicts of some sort or another. But we are all vulnerable to the same impulses.

We should realize the effects that dopamine can have on those in power, and what role the pharmaceutical industry plays when it comes to depression and the pleasure center of our brains. This issue deserves more study, as it undoubtedly has a major influence on society.

I, Peter van Els (Lanaria Amberkira) live in the Netherlands. I am autodidact. Life is my most important teacher. At the end of 2015 I started writing and at the end of 2016 with the blog, as a weapon in the struggle for a more just and peaceful world. It is my wish that all well-meaning people should work together on a society in which everyone can flourish. (0031633819185)