Scientists from Russian National Research Medical University named after Pirogov in cooperation with the Moscow State University and specialists from the Scientific Centre named after Kulakov created human embryos with a genome that determines resistance to human immunodeficiency virus (HIV). 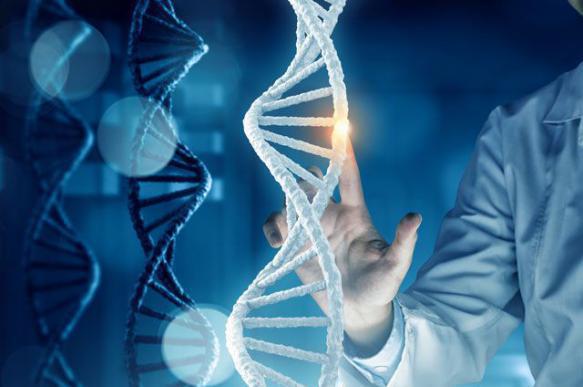 The scientists modified the genome of embryos at a single cell stage (zygote) with the help of the CRISPR-Cas9 system. From zygotes, the scientists cut out 32 nucleotides from the CCR5 gene sequence that encodes the receptor, to which the virus clings to enter blood cells.

Some people living on Earth naturally possess this particular variant of CCR5 gene and show increased resistance to HIV infection. The technology may help protect children of HIV-infected mothers who respond negatively to antiviral therapy.

Pravdy.Ru talked about the technology to Denis Rebrikov, Doctor of Biological Sciences, Professor of the Russian Academy of Sciences.

"Scientists started working with systems to modify the genome of human embryos not so long ago. Chinese researchers made the first attempt in 2015. Changing the human genome at the level of the embryo is a new direction that has neither the proper legislation base, nor the adequate public perception yet.

"Our society is very conservative. Most people are still concerned about GMO products that have been in use for more than 30 years already. We've seen two generations growing under the influence of GMO products, and numerous studies have shown that GMO products are safer for humans than classic agricultural technologies. Yet, the general public is still wary of plants and animals created with the use of genetic engineering.

"Therefore, the introduction of the technology of genome changing in human embryos into medical practice will be difficult because of public perception in the first place.

"One should clarify here that the genome of the human embryo is not modified on the embryo as such, but on a single cell - a zygote, which formed as a result of the fusion of an egg and a sperm cell. A zygote is the first cell from which the human body develops. Accordingly, the most convenient moment when we can change the genetic program so that it is changed throughout the body is the stage of the zygote.

"Although the idea of changing the zygote genome may seem obvious, its practical implementation was extremely complicated due to the underdevelopment of technologies. However, in the last three or four years, highly efficient genome-changing methods have appeared, based on the CRISPR/Cas bacterial system."

"What are the challenges that this gene technology is facing?"

"If we talk about changing the human genome at the level of the embryo, then there are not so many medical objectives for this technology today. The appearance of the majority of monogenic hereditary diseases in a child from his or her parents can be avoided without changing the genome - it can be done by selecting a healthy embryo in the IVF procedure.

"One of the potentially important objectives for genomic medicine is the creation of HIV-resistant embryos. In our studies, the choice of this particular model was not so much for the solution of a specific medical problem, but for the sake of developing a technology of precise introduction of changes to the human genome on the single cell level.

"With this model, we do not create a new genotype, but only change one natural variant for another. Some people (mostly among the North European population) have a gene variant of one of cell surface receptors - the chemokine receptor 5 (CCR5), which the immunodeficiency virus finds inconvenient to attach to the cell surface. It turned out that such a "protective" receptor protects human cells from the penetration of the virus. The carrier of this CCR5 variant is naturally protected from the HIV infection.

Now let's see where such a modification of the genome could be applied in practice, in medicine. It is an open secret that most patients respond well to anti-HIV treatment. Today, a proper therapy can make an HIV-positive person live as long as a noninflected people do. HIV infection itself is not an obstacle for reproductive function today: mothers on antiretroviral therapy give birth to HIV-negative children. There are people whose response to the antiretroviral therapy is a lot weaker, apparently due to their individual genetic peculiarities. If this is a young woman who wants to have a child, the risk of having a child with HIV will be much higher than the average. In the future, medicine can offer such women a technology to make the foetus resistant to HIV in order to avoid the risk of HIV infection.