The end of the theory of a Nobel Prize in chemistry?

The well-known theory of Marcus, the theory that explains the transfer of electrons in chemical reactions, was invalidated by a team of scientists of the Faculty of Sciences and Technology of the University of Coimbra (FCTUC), led by the professor Luis Arnaut. 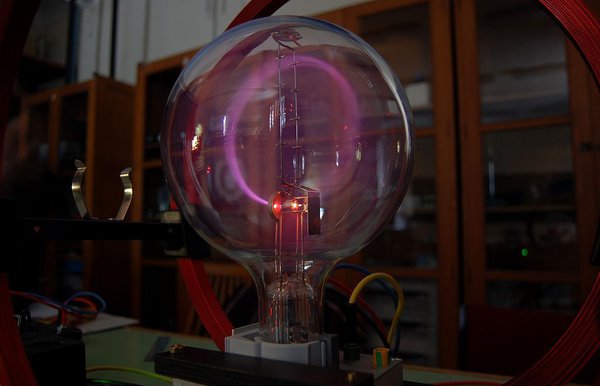 No doubt about it, the scientific paper just published in Nature Communications's well-respected Nature group, proves that the theory developed in 1956 by Rudolph Arthur Marcus, which earned him the Nobel Prize for Chemistry in 1992, is wrong.

At stake is the reorganization of molecules required for the transfer of electrons. For this type of chemical reactions to occur, Marcus's theory predicts that this reorganization has to be mainly done in solvents, but the study now published says that it is not so, showing that the key to electron transfer is in the reagents.

This discovery is the culmination of two and a half decades of studies developed in the Department of Chemistry of FCTUC, which generated much controversy within the scientific community along the way. The great driver of all this research was chemist Formosinho Simões (FCTUC professor, who died in December 2016), who has always questioned Marcus's theory.

"Dr. Formosinho Simões argued that the key to electron transfer was in the reagents, but crucial experimental evidence was lacking to refute Marcus's theory because Marcus was a very credible scientist and his theory was awarded the Nobel Prize for Chemistry 1992», Says Luís Arnaut.

Faced with two radically opposed views on this chemical reaction, "in 1993 I brought together the most eminent chemists in the world at a NATO Workshop in Portugal to discuss the problem. With the exception of Formosinho Simões, no one dared question the Nobel Prize. It was a very intense discussion," recalls the FCTUC professor.

However, the group of Coimbra did not fade away and advanced alone in the design of experiments that allowed to determine which of the two theories was correct. It took 25 years: "It was an extremely difficult task. We have had to design, design and execute a wide range of studies and experiences. There are many reasons that justify so many years of study, including the need for highly sophisticated equipment that we did not have, the need to synthesize molecules that did not exist and the hiring of highly qualified personnel to develop the work ", stresses Luís Arnaut.

In addition to all these difficulties, the FCTUC scientists had to face criticism from the scientific community, who insisted on not accepting that a Chemistry Nobel could be wrong. After a long and winding road, finally, in 2014, the team of Formosinho Simões and Luís Arnaut met the appropriate conditions to realize "the decisive experience. The results were complete at the end of last year (2017). We submitted the scientific paper to the Nature group and, once again, the controversy was inevitable, "says the study's coordinator.

However, the arguments of the scientists of the FCTUC persuaded the reviewers of the magazine and the article was published this Wednesday (25 July). Asked what the reaction of the scientific community will be, Luís Arnaut believes that "perhaps he will be perplexed because what is written in the article is against the current. It clearly states that Marcus's theory does not work. "

As for the practical implications of this new theory - called the "intersection model of states" - the professor comments: "I do not think that suddenly the theory developed in Coimbra allows us to produce a product that reaches the market with advantages over existing ones. It took us 25 years to realize this experience, so it is expected that it will take many years to develop systems in a different way. But our model can inspire better solutions in areas where electron transfer is important. "

Electron transfer reactions are the basis of oxidation-reduction reactions, occurring in biological systems such as photosynthesis and respiration, as well as in artificial systems, for example, solar panels, conductive polymers used in televisions and computers, optoelectronics, etc.

Author`s name Contributor submission
18:54
Ukrainian soldier uses chainsaw and fire to release US howitzer from ice trap
18:30
Onet: Ukraine will lose in six months due to shell shortage
17:36
Russian troops defeat Ukrainian troops in Zaporizhzhia region
14:50
Number of foreign mercenaries in Ukraine continues growing
14:17
Russians buy more than 50 tons of gold in 2022
13:57
Russia will not talk to Ukraine. Russia will talk to the West
13:34
USA's plan to give 20 percent of Ukraine for peace hoax
12:51
Medvedev: Ukraine as a state to be devastated, go bankrupt and be turned into colony
19:57
Russia will use all of its military potential to counter Western arms supplies to Kyiv
18:34
Biden changing strategy on Ukraine to reach diplomatic solution with Russia
The West prepares army to invade Russia