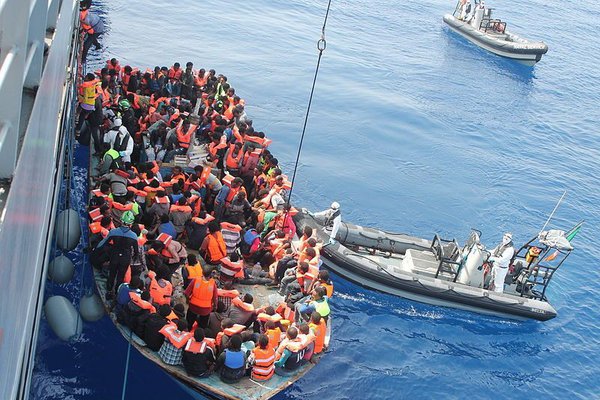 A team from the Faculty of Psychology and Educational Sciences of the University of Coimbra (FPCEUC) developed and tested a set of materials to help teachers and other educational agents in the school and social inclusion of migrant and refugee children.

The kit was developed within the framework of the study Lend a Hand - Social Inclusion Program in Schools for Migrant and Refugee Children, funded by the European Union through the ERASMUS + program. In addition to the University of Coimbra, the universities of Gazi (Turkey) and Florence (Italy) are participating in the research.

Considering the complexity of the theme and the difficulties reported by elementary school teachers from the countries involved in the project, the kit resulted in a set of suggestions for the overall development of children to be implemented in the classroom, school and community. The kit consists of the proposal of activities derived from a curriculum specifically elaborated around fundamental thematic axes and complemented by schemes of evaluation of the students' skills and the effectiveness of the interventions.

"Our concern is that the curricula are systemic and that schools that host migrant children promote intercultural dialogue. It is essential to introduce playful immersion into an authentic environment of meaningful learning, which allows exploring sometimes neglected aspects such as expressions, social-emotional involvement, coordination between formal and non-formal, and respect for diversity (linguistic, cultural, food, religion, etc.) and prevent undesirable occurrences such as bullying or other types of exclusion," says Ana Cristina Almeida, coordinator of the Portuguese team.

The Lend a Hand project, which also involved the participation of the National Education Directorate of Ankara and a teacher training consultant, also resulted in a strategic action plan for policy-makers in partner countries.

The document presents a set of 'recommendations and measures to facilitate inclusion, including a closer relationship between the school and the community and the family, teacher training and preparation for interculturality, the importance of an interpreter and/or mediator in the school and specialists as psychologists, adapting curricula aimed at learning the language but also an approximation to life habits, values and customs. They are proposals that aim to improve existing policies and the legal framework," says the specialist in Educational Psychology at the University of Coimbra.

National partners of this project - the Peaceful Parallel Association, Coimbra Schools groupings and the Viseu Regional Nucleus of the Portuguese Catholic University - have participated in the kit test and the dissemination of the approach. The next step of the study, developed over the last two years, is to create an international network of migrant-friendly schools. The goal is to share knowledge, good practices and resources so that "the schools dignify the difference and support the teachers, tutors, students and vulnerable families in the prevention of the early abandonment or school failure", emphasizes Ana Cristina Almeida.

The added value of the Lend a Hand project, concludes the lecturer at UC's Faculty of Psychology and Educational Sciences, "is to provide a set of tools for learning the Portuguese language and raising awareness of all the opportunities opened up for openness to diversity. Efforts have been made to provide regulations and resources, but sometimes scattered or difficult to access. Much remains to be done, particularly in cultural terms, but I believe we are in favor of the effective inclusion of migrant pupils."

Translated from the Portuguese version PRAVDA.Ru