US ufologist urges Putin to unveil the truth about aliens

US authorities do not recognize the existence of extraterrestrial creatures, because it would violate the US Constitution and may cause the world economy to collapse. 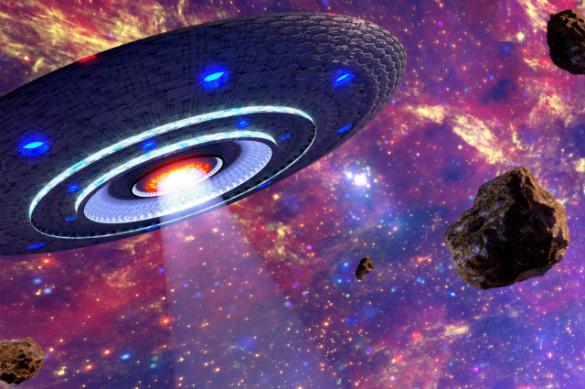 According to the Sunday Express, scientists have been working on the problem with governments of the United States and other countries at least since 1947, after the infamous UFO crash near Roswell.

Stephen Bassett, the head of the Paradigm Research Group, is the only lobbyist of the issue of exposure of extraterrestrial beings and unidentified flying objects on Earth. Bassett has recently conducted a number of meetings in Moscow with Russian scientists specializing in the studies of extraterrestrial phenomena.

According to Bassett, many researchers in Russia and in the West believe that aliens shared "anti-gravity technologies" with the US government. Therefore, the entire economy of hydrocarbon fuels will collapse and come to an end should this fact is exposed.

Bassett is convinced that the US authorities have been working with the extraterrestrial technology since the middle of the 20th century in absolute secrecy because of concerns based on religion, the rule of law and the economy associated with hydrocarbons.

In "Most Shocking Hypotheses" TV show that airs on Russia's REN TV channel, Bassett urged President Putin to announce the truth about the aliens.

The press service of PRG said that Bassett touched upon a wide range of issues, including various considerations that may prompt Russian President Vladimir Putin to make the first official announcement from a national leader about the presence of extraterrestrial creatures and technology on Earth.

Bassett added that so-called flying saucers do not use oil, gasoline, gas or coal. They work on a different energy system, and this is a much more complex system based on anti-gravity, he believes.

Even if the world economy of hydrocarbons stops its development in the current form, new opportunities will emerge for further development, the expert believes.