Biologists from the United States discovered a set of three hormones that make neural endings coalesce. During experiments, they used the hormones to relieve mice from partial paralysis caused either by stroke or spine fracture, an article published in Neuron magazine said. 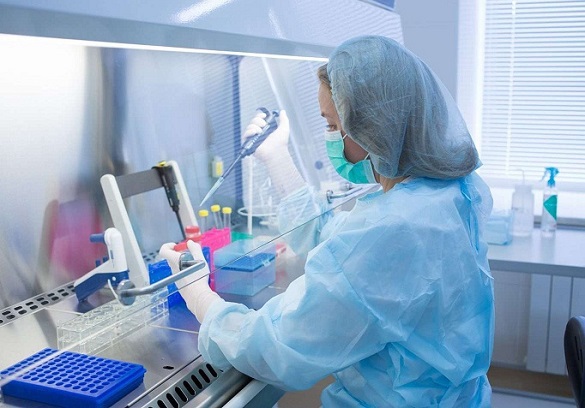 The scientists injected the complex of hormones into the brain of the lab mice. The reaction was not exactly what the scientists expected. Axons - a crucial part of a neuron also known as a nerve fiber -  started growing in the spinal cord of the rodents, but something similar started happening in subcortical space of the brain of the mice.

Zhigang He of Harvard University (USA) said that the scientists would have to further study how the process may help a living being recover from paralysis.

Electrostimulation of the damaged part of the spinal cord and injections of stem cells have made it possible to achieve partial restoration of the mobility of limbs after a spinal injury in experiments on rats and mice. However, the rodents have not been able to retain total control of their affected limbs as a result of the treatment: they could perform reflexive movements, but could not consciously control the movements because the used technology did not lead to the restoration of so-called cortical axons - nerve endings that connect centers of movement in the brain with the spinal cord.

Zhigang He and his colleagues incidentally discovered the first effective way to achieve complete recovery after paralysis. The scientists were experimenting with various hormones and signalling molecules that control the growth of neuronal endings in the healthy nervous system of humans and other mammals. The idea occurred to the scientists as they were observing eyesight restoration process in mice.

It turned out that eye cells secrete proteins that cause nerve cells to form new endings and connect to surviving receptors of the retina, thus contributing to partial or complete restoration of eyesight. This prompted the scientists to assume that neurons of the spinal cord or even of the brain could be forced to form new connections if IGF1 and OPN genes responsible for the production of these molecules.

Soon afterwards, the biologists created a special retrovirus that could perform such an operation and tested its work on mice. It turned out that the combination of this virus, as well as synthetic hormone 4-AP-3, a stimulator of the growth of nerve endings, has enhanced and improved recovery after injury. Three months later, the mice could perform reflex movements and consciously control the movement of their paws.

The scientists have not been able to fully understand the mechanism of the genetic "cocktail," but it is already clear that the therapy works.

Paralysis is a loss of muscle function for one or more muscles. Paralysis can be accompanied by a loss of feeling (sensory loss) in the affected area if there is sensory damage as well as motor. About 1 in 50 people in the U.S. have been diagnosed with some form of paralysis, transient or permanent. Paralysis is most often caused by damage in the nervous system, especially the spinal cord. Other major causes are stroke, trauma with nerve injury, poliomyelitis, cerebral palsy, peripheral neuropathy, Parkinson's disease, ALS, botulism, spina bifida, multiple sclerosis, and Guillain-Barré syndrome. Temporary paralysis occurs during REM sleep, and dysregulation of this system can lead to episodes of waking paralysis. Drugs that interfere with nerve function, such as curare, can also cause paralysis.