Russian scientists intend to test a unique prototype of the microrobot with hairy "legs" that imitate the movement of a gecko. The tests are going to take place in open space on the outside surface of the International Space Station, representative of Russian Space Systems (RCC) told RIA Novosti. 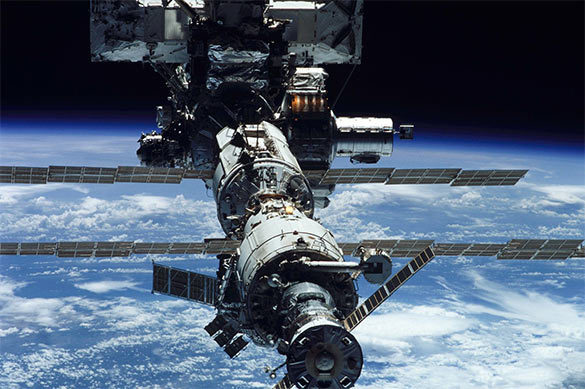 "The gecko robot can operate under temperatures ranging from -200 to +200 degrees Celsius in the absence of the earth's atmosphere. The device is also resistant to the effects of radiation and atomic oxygen in space," the official said.

Weighing only 70 micrograms, the movable platform will be able to hold a payload 20 times heavier. The device will also be able to move payload five times its own weight. The speed of the movement of the device is about 14 millimeters per minute, which is very fast for devices of this type.

The Russian concept of the microrobot, unlike other analogues, will be able to move on rough, sloping and stepped surface.

Leading researcher at RCC's micromechanics sector, Dmitry Kozlov, said that further studies are to be conducted for the purpose to build biomorphic systems.

"We carefully study the movement of animals and the structure of their limbs. We use this data for modeling various aspects of the work of robotic devices, including under the conditions of zero gravity," he said.

To move, the microrobot uses at least eight "legs" covered with special adhesive coating that enables the device to "stick" to the surface in zero gravity. Each of the "legs" has a "foot" that can change angle during movement.