A peculiar feature of industrial revolutions is about increasing production by reducing the use of plain physical labor. The farther our civilization develops, the more a person is replaced by various machines. The commercial use of drones is another opportunity to make security, monitoring, transport services and documentary footage more effective. The United States has adopted a set of rules regulating the use of drones. 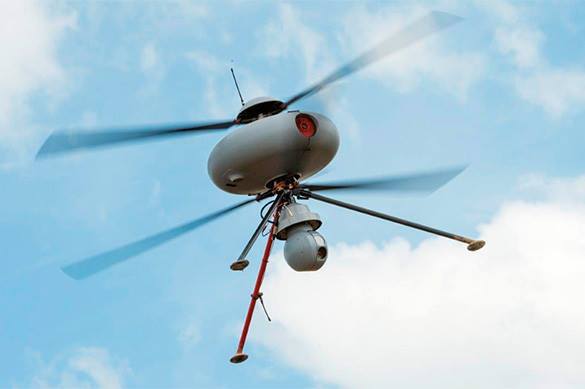 The rules were slightly tighter than expected. In particular, the FAA restricted the allowable weight of civilian drones for commercial purposes to 19.5 kilograms. More importantly, pilots are supposed to always remain in the drone flight observation zone. Specifically, this rule restricts the possibility to use drones for delivering cargoes.

In addition, drones can be used only during the day, maximum - at dusk. They can be used at an altitude of 400 feet above the ground (many hoped for at least 500 feet). They will not be allowed to work for those people who are not involved in the drone control system - that is, leasing will be  a problem. Drones can not be piloted from a traveling car - this can be possible only in "sparsely populated areas."

A pilot will have to be certified to pilot drones. The certification will be carried out by relevant agencies that ensure safety in aviation and transport (TSA). Certification involves passing certain tests; a pilot must be at least 16 years of age.

Despite the restrictions, the reaction to the rules was mostly positive. The rules will thus serve as the ground for further development and use of drones. To crown it all, one needs to solve technical problems associated with autonomous flight, takeoff and landing.

These are the key problems for the drone industry. Drones may either follow predetermined flight algorithms or navigate in space independently, in accordance with the terrain. The first option is easier, but the second one is more promising and generally more reliable.

The above-mentioned rules are applicable only on the territory of the United States of America. Therefore, US drone producers may try to experiment with autonomous flight systems in "third world" countries.

Ensuring autonomy of operation is a highly important aspect. The operating time for most drones is limited to their battery life. It requires constant human intervention, whose function is to charge or replace batteries. Therefore, the autonomous charging system would be highly important.

Rules are made to be broken

The new rules for the industry have made many manufacturers think of the way to avoid the requirement about the drone to remain in pilot's sight. A person can not always be close to the drone, so a drone should be made more autonomous.

The adopted rules exclude the use of drones for monitoring fires, natural disasters, or patrolling remote construction sites. Of course, no one wants a drone to fall on their head, but this is a very promising technology.

According to Alex Harmsen, one of the founders of Iris Automation, drones should be able to recognize obstacles and make decisions on how to overcome them. The solution lies in the production of specific software and components for drones.

Quite a natural solution attracted the attention of a number of funds (Bee Partners and Y Combinator) that hope to convince the FAA and related agencies regulating transport activity and security to remove restrictions on the use of drones.

The issue of drone security remains very serious. For example, a year ago, a drone fell on a child during US Open tennis competitions. In another incident, a drone fell on a woman, causing her severe bodily harm. The danger of the use of drones in populated areas is obvious.

However, manufacturers assure that new technologies will not let a drone collide with another drone, a tree or a building. In late June, Flirtey Inc., a well-known UAV maker, demonstrated a working model of a coastal delivery drone. The drone, made of aluminum and 3D-printed parts, was launched from a barge in the Bay of Delaware. The drone delivered ashore medical components, including blood samples, insulin and first aid kits.

The practical significance of such experiments is obvious: not all people live in easily accessible places. Many live far from hospitals or even roads.