Futuristic forecasts of the past that failed to our great enjoyment

Living in the XXI century, we can not even imagine that some of the technologies, without which life seems already impossible, used to be considered hopeless. Today, forecasts from such "authoritative" experts of the past can only make one giggle. 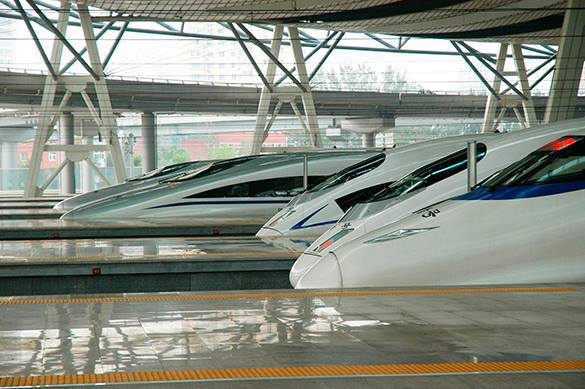 In 1823, professor of natural sciences and astronomy, Dr. Dionysius Lardner, released an authoritative statement: "High speed rail travel is impossible, as passengers will not be able to breathe and will die of asphyxia." Nowadays, modern technology makes trains develop unimaginable speed of 603 kph.

When the news about Edison's discovery made headlines in 1878, President of the Stevens Institute of Technology, Henry Morton, commented: "When I examine the conclusion [on experiments with the electric light bulb experiments published in the Herald] which everyone acquainted with the subject will recognize as a conspicuous failure, trumpeted as a wonderful success, I [conclude]... that the writer ... must either be very ignorant, and the victim of deceit, or a conscious accomplice in what is nothing less than a fraud upon the public."

During the 1970s, prominent British surgeon Sir John Eric Ericksen said that doctors would never be able to perform surgery on ​​the brain or in the abdomen. His pessimistic forecast was disproved in quite a short period of time.

Nowadays, it is difficult to imagine a medical facility without an X-ray room. Yet, many people considered the technology a hoax even after it the adequate scientific discovery was made. People could not believe that it was possible to see the internal organs of a human being with the help of special equipment.

"It will soon became clear that the X-ray is just a joke," Lord Kelvin, President of the Royal Society of London said in 1883.

When machine gun designer, Hiram Stevens Maxim, was asked in 1883 how his invention was going to change wars, he replied that it would make wars impossible. Alas, the forecast did not come true ...

In 1888, US-Canadian astronomer Simon Newcomb stated that there could be no new significant discoveries made in the field of astronomy. "We are probably nearing the limit of all we can know about astronomy," he wrote.

In 1903, President of Michigan Savings Bank tried to convince Henry Ford's councilors not to invest in his newly founded company Ford Motor Company. "The horse is here to stay, but the automobile is only a novelty - a fad," the banker said. How wrong the banker was.

In 1916, after Boeing produced its  first twin-engine ten-seat aircraft, one of the engineers of the company said that no one would ever be able to build a larger aircraft. Never say never, indeed.

In 1921, business partners of American businessman David Sarnoff were discouraging him to invest in radio broadcasting. "The wireless music box has no imaginable commercial value. Who would pay for a message sent to nobody in particular?" they short-sightedly asked him.

As is known, first sound films appeared only in the 1920s. Prior to that, films were silent, accompanied only with subtitles and music playing in the background.

Ironically, the founder of the famous Warner Brothers film studio, Harry Warner, was skeptical about the future of sound films. "Who the hell wants to hear actors talk?" He said once.

Albert Einstein was a genius, but he too made mistakes like everyone else. In 1932, the scientist said: "There is not the slightest indication that [nuclear energy] will ever be obtainable. It would mean that the atom would have to be shattered at will." A few years later, the world got to know the first nuclear explosion.

First rockets flew into space during the 1950s. In 1936, The New York Times wrote:  "A rocket will never be able to leave the Earth's atmosphere." Who knows, will man be able to fly to other galaxies?

In 1946, when television appeared, producer Darryl F. Zanuck claimed that the new technology would not live long. "People will soon get tired of staring at a plywood box every night," he assured.

IBM Corporation did not show much interest in Xerox's proposal about mass production of photocopiers. "The potential world market of photocopiers is 5,000 pieces maximum," the company administration said.

In 1977, Digital Equipment Corporation founder, Ken Olson, addressed the World Future Society with the following speech: "There is no reason anyone would want a computer in their home." Can you live without a computer now?