Why did the USSR refuse from atomic bullets?

The description of atomic bullets can be found in science fiction, but few people know that such munitions were reality in the USSR. One such bullet could melt an armoured tank, while several atomic bullets would destroy a multistory building. Why did the Soviet Union have to cease the production of such powerful ammo? 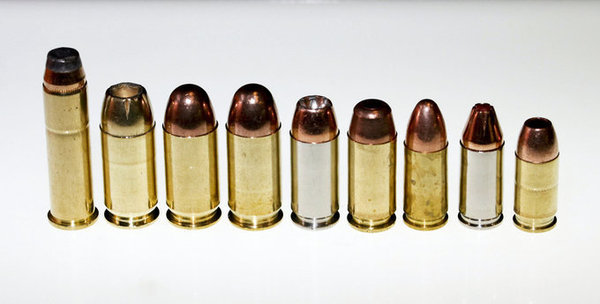 It turns out that atomic bullets were invented in the USSR at the time when the country was striving for military parity with the US. They were not only created, but even tested. It goes about 14.3 mm and 12.7 mm caliber ammunition for heavy machine guns. Soviet engineers created a bullet of 7.62 mm - not for the Kalashnikov assault rifle, but for its machine gun. The cartridge was the most miniature nuclear weapon in the world.

It is an open secret that any nuclear warhead should contain fissile material. For bombs, they take uranium 235 or plutonium 239. To make them work, the warhead made with the use of these metals should weigh more than one kilogram. In other words, the warhead should have a critical mass. When transuranic element was discovered - californium - or rather, its isotope with an atomic weight of 252, it was found that its critical mass was only 1.8 grams. In addition, the decay of the element would produce 5-8 neutrons at once. This is very effective fission, given the fact that uranium and plutonium produce only 2-3 neutrons. In a nutshell, it was enough to squeeze a tiny "pea" of the substance to cause a nuclear explosion. This led scientists to the idea of using californium in atomic bullets.

The structure of atomic bullets is incredibly simple. Californium is used to produce a tiny, dumbbell-shaped piece weighing 5-6 grams. The tiny explosive charge inside the bullet crushes it into a neat ball, which, for a 7.62-mm caliber bullet, has a diameter of 8 mm. The process leads to the appearance of a supercritical state, and a nuclear explosion is guaranteed! To detonate the charge, a contact fuze inside the bullet was used.

However, the main problem, which eventually decided the fate of this unique ammunition, was the heat caused with the continuous decay of californium. All radioactive materials decompose, producing heat energy. The shorter their half-life period, the more heat they produce. A bullet with a californium core would produce about 5 watts of heat. The heat in the bullet would change characteristics of the explosive and the detonator. Too much heat was dangerous, because the bullet could get stuck in the chamber or in the barrel of a gun or spontaneously explode when fired.

To store such bullets, a special refrigerator was required. The cooling device looked like a copper 15-cm thick plate with slots for 30 rounds. Between the slots, there  were channels made, through which pressurized cooling liquid would circulate - liquid ammonia. The latter would create the temperature of about -15C° for the bullets. The device consumed around 200 watts of power; its weight was more than 110 kg. It could be transported only in specially equipped vehicles. In conventional atomic bombs, the cooling system of the nuclear charge is an important part of design, but it is placed inside the bomb. In case of atomic bullets, the cooling system had to be positioned on the outside. Moreover, it was possible to use "frozen" atomic bullets during only 30 minutes after they would be removed from a refrigerator. Within this short period of time, one had to load the bullet, take a firing position, find the target and fire the gun. If it was impossible to make a shot, the bullet would have to be returned to the fridge to be cooled and frozen again. If a bullet would be left outside the fridge for over an hour, it was strongly forbidden to use it. To crown it all, the unused bullet would have to be disposed on special equipment.

Another serious drawback was about the difference in the amount of energy that would be released as a result of explosion - from 100 to 700 kilos of TNT. Such a considerable difference depended on storage conditions, and (this is important) on the material of the target, which the bullet would hit.

The explosion of an ultra-small nuclear charge bears no resemblance to the detonation of a classical atomic bomb. It does not look like an explosion of ф common chemical explosive either. In both types of these explosions, tons of hot gases are produced. The gases are uniformly heated to millions and thousands of degrees. In case of a nuclear bullet, there is a tiny ball that simply can not convey all the power of its nuclear decay to environment due to its very small volume and weight.

Understandably, 700 and even 100 kilos of chemical explosives is a lot. Yet, the shock wave from the explosion of an atomic bullet was a lot weaker, but radiation, in contrast, was strong. Therefore, a nuclear bullet could only be fired at a maximum distance, but still, a shooter could be exposed to a significant dose of radiation. One could fire the maximum of three nuclear bullets.

Nevertheless, one bullet was still enough to destroy a tank. Modern tanks have strong armour, but the amount of thermal energy would be enough to melt tank armour: the track and the tower would be welded with the body together. When hitting a brick wall, a nuclear bullet would evaporate about a cubic meter of bricks. Three bullets were enough for a building to collapse.

However, it was noticed during the tests that if the bullet would hit a tank filled with water, a nuclear explosion would not take place,  as water slows down and reflects neutrons. It turned out that a bucket of water could be most reliable armour against an atomic bullet.