Emergency: Our planet is dying

This is the first article, if this one is terrifying, the next one will be ten times worse. After several years of alerts about mass bird and fish deaths, in 2014 fish die-offs have reached a peak of unprecedented proportions. What is happening, and what are the consequences for Humankind? 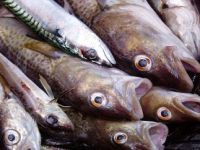 This is the first article of two. This one is concerned with massive fish die-offs, the next one is about bees, and how long we have to live after they become extinct. For those interested, the answer is not long, not long at all. But it starts with fish.

We are not speaking about EU-sponsored Moroccan fishing vessels spewing into the sea the innards of millions of sardines, deemed "too small" to eat. We are speaking about massive fish die-offs on a global scale.

We are speaking about billions of fish, millions of tonnes of fish, suddenly dying in huge numbers during the last year. According to Michael Snyder, author of End of the American Dream, fish are dying in unprecedented numbers across the world. For the citizens of the United States of America, the sudden appearance of over six tons of fish floating on the top of the water in Marina del Rey, California, raised the alarm this month. The authorities stated that oxygen depletion was a possible cause.

This happened two weeks ago. Last month, also in the USA, half a million carp were found, dead, in Cumberland River, Kentucky. The cloak of death covers just about every living creature in the sea and rivers, from carp, anchovies, turtles, dolphins, to stingray to octopus.