Space travelers to drink their own urine 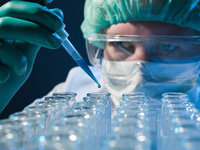 As a rule, common people think of urine as human waste. However, disposing such a valuable substance in space would be unreasonable. Urine is primarily composed of water, so it can be used (after processing, of course) as a beverage. Against the backdrop of the fact that the delivery of each kilogram of payload into low-Earth orbit costs about $33,000, it brings up the idea that one needs to revise the process of water supplies to astronauts and cosmonauts at the ISS.

The specialists working on the ISS can still receive everything they need from the Earth. However, space travelers of the future that will fly to Mars and other planets will be forced to recycle water and other liquids. No wonder that urine will be the largest source of water in a manned spacecraft. Each cosmonaut produces an average of about one and a half liters of urine, which makes up more than 81 percent of wastewater on board the spacecraft.

Currently, ISS astronauts and cosmonauts recycle used liquids, thus obtaining pure water. Processing urine can produce 75 percent of pure water, but it is planned to increase this number to 85 and then to 100 percent.

The process of recycling urine into water involves the utilization of urea, diamide of carbonic acid. Nevertheless, the author of the new study Eduardo Nicolau notes that this compound can be used as fuel.

Together with his colleagues, Nicolau developed a new technology that will use urea to improve the efficiency of wastewater on board spacecraft.

For the first stage, engineers used osmosis - a process, in which substances flow through a special membrane that separates water from organic compounds, such as urea and other small dissolved molecules. Afterwards, the separated material is directed to a bioreactor filled with activated carbon and urease, an enzyme that breaks down urea.

In laboratory tests, scientists were thus able to convert about 86 percent of urea into ammonia. The researchers wrote about it in an article that was published in the new issue of the journal ACS Sustainable Chemistry & Engineering.

During the final step, obtained ammonia is collected and transferred into the fuel element, which in turn breaks down ammonia into nitrogen and water, with the release of energy. For the time being, experiments have not given impressive results: about 0.2 V voltage and about 2 milliamperes of current. But Nicolau is sure that in the near future it will be possible to significantly increase these figures.

The only thing that confuses researchers, is relatively low concentration of urea in the urine, which can be a problem. Therefore, scientists have yet to think through all the intricacies of the process to convert "waste" into fuel.