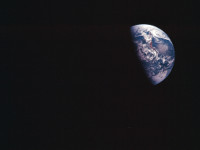 This intergovernmental panel was established in 1988 by two UN agencies, the World Meteorological Organization and the United Nations Environment Program. The group is considered one of the world's most authoritative in the field of climatology and has made an invaluable contribution to science.

The concerns of the UN experts are understandable. There are no doubts that because of the global warming processes ice caps at the poles are slowly (so far) melting, the ice in the Arctic is crumbling (polar seafarers can see it with their own eyes), the supplies of fresh water are dwindling, periods of abnormally high air temperatures are becoming more frequent, and some coral reefs are quietly dying. The sea level is rising, and the water is becoming more acidic because of the dissolved carbon dioxide released into the atmosphere as part of automotive and industrial emissions. As a result, some marine organisms experience slowed growth, while others simply die. The list of all the consequences of global warming is very long.

According to the overwhelming majority of climate scientists, this is only the beginning of very serious consequences for the entire planet. But what about the sensational Kyoto Protocol under which the signatory countries (the most technically advanced ones) undertook to reduce emissions?  "The Kyoto Protocol is no longer a popular discussion topic. 2012 was the last year it was in force, and now there are talks about its results or lack thereof. Overall, let bygones be bygones," Alexander Ginzburg, doctor of Physical and Mathematical Sciences, Deputy Director of the Institute of Atmospheric Physics named after Obukhov of RAS told Pravda.Ru. "Late last year an assessment report of the International Expert Group was published listing all the results, and now I do not fully understand whether this story will continue.

How can the consequences of global warming be avoided? They are unavoidable. At the very least, we need to not interfere with nature. We must behave humanly, not burn fuel more than necessary, engage in energy conservation. This is good for the economy, preservation of natural resources, and climate. That is, if we behave humanly, thinking about what we will leave for the next generation, it will be easier.

Sergey Markov, a member of the Public Chamber of Russia told Pravda.Ru the following about the climate threat and the Kyoto Protocol:

"It is rather simple. The protocol was signed by the countries with insignificant industry, and not signed by those with significant industry. Because it is precisely the industry that is the biggest source of pollution, it is the industry that requires powerful additional investments, major industrial countries have refused to sign it. The Kyoto Protocol has to do directly with greenhouse gas emissions, however, strictly speaking, is has not been exactly proven that it is these gases that cause the warming.

Many believe that this is just a cyclical warming, that it is a development cycle of the bio-geological sphere of the Earth. But, on the other hand, the Kyoto Protocol is exactly positive in another sense - it is not only against warming, it is against pollution, and we have to fight this pollution in any case."

"Global climate changes are accompanied by growth in the number and strength of various climatic and weather anomalies," said in an interview with Pravda.Ru an associate Member of RAS, Director of the Institute of Water Issues of the Russian Academy of Sciences Viktor Danilov-Danil'yan. "It's been known for a long time, I even wrote about it in 2001, that global climate change is a consequence of imbalance of the Earth's climate system. Therefore, these changes will be accompanied not only by increasing temperature, but the deepening of temperature fluctuations, which is what is happening now in the United States. Everything is happening according to the theory there.

I am always surprised by some commentators and journalists who start talking about non-existence of the global warming after any local cold weather spell. Such carelessness is difficult to explain. Global warming is not uniform or monotonous, there are pauses, even some reversals, and of course, in different territories, it manifests itself in different ways. In some areas it is faster (at high latitudes), in other areas it is slower (primarily in the equatorial zone). Judging about the global warming based on stand-alone cases is wrong."

Those who drafted the Kyoto Protocol in 1997 were well aware that the measures provided were not sufficient to have a significant impact on the global climate change, said Viktor Danilov-Danil'yan. Everyone understood that this was only an attempt to organize the international community to implement the necessary measures.   Generally, if climate change follows the worst-case scenario, the humanity will suffer greatly.