Ratzilla: Monster or hoax? The case of the giant rats

Stockholm has made the headlines this week because of the giant rat, forty centimetres (16 inches) long, without the tail, weighing one kilogram (2.2 pounds), which suddenly turned up in the kitchen of the Korsas family. So large was the rodent that the family and their cat were terrified to enter the kitchen. How did it get there, if it was real, and are there more? 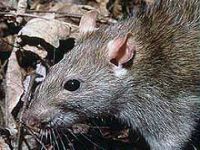 The photographs of Ratzilla leave little doubt that this is a giant rat, caught in a rat-trap after the terrified Korsas family called the Stockholm pest control, who sprang the trap under the sink to catch the rodent, which had apparently crawled up a sewage or ventilation pipe, gnawed through wood and concrete and then feasted on a bucket full of kitchen waste. Possibly the animal was attracted by the smell of the food coming down the ventilation pipe and could not resist the fare.

The Korsas family have been photographed standing beside the giant rat, around forty centimetres long plus tail and weighing around one kilogramme, 2.2 pounds. The pest control services had to use a giant trap to catch the oversized rodent. This story from Stockholm is three weeks old, but it has gone viral on the internet.

The case of the giant rats

Is this a one-off? It appears that it is not. A quick search on the Net brings up numerous similar cases, such as one five times larger in China and apparently numerous thousands of giant rats trapped under a church in Portugal. There is even a quotation from a scientist from a British University stating that rats could eventually evolve into something the size of a sheep.

In fact, stories of giant rats abound from the trench rats of the First World War which grew so large that they used to attack sleeping soldiers, and the diseases they carried were as deadly as any of the other perils for the entrenched soldiers, including bullets. There was the five-kilogramme (eleven-pound) giant rat one metre long caught in Shaoyang, in the the PR China, after it had spent weeks terrorizing villagers.

And under the convent of Mafra, Portugal, there are rumoured to be so many thousands of giant rats, blind, and voracious, that it is impossible to control them and rather than end the problem, it was decided to board up the exits and leave them under the building devouring each other. The story has it that the find was made in 1948 and that the operation to kill the giant rats would be so huge that the entire area would have to be evacuated to a distance of fifteen kilometres around the building, 30 kilometres north of Lisbon. Another story claims that the soldiers in the local infantry battalion used to entertain themselves by dangling the carcass of a cow down to the rats and watching it be devoured to a skeleton in seconds.

The line between fantasy and reality in the case of Mafra is hard to draw, but if Ratzilla has been found elsewhere, who knows? And how many more drainpipes will they crawl out from?