Researchers at the University of Coimbra develop oral vaccine for Hepatitis B, more efficient and potentially more stable than the vaccine (injectable) in the market

A team of five researchers from the Centre for Neuroscience (CNC) and the Faculty of Pharmacy, University of Coimbra (UC) have developed an oral vaccine for Hepatitis B, a very dangerous form of Hepatitis that, according to the World Health Organization (WHO) , is responsible for the deaths of 600,000 people annually worldwide.

Already tested in vivo (in mice) successfully, the new oral vaccine has clear advantages over current injectable vaccines. Apart from representing more comfort for the patient, "it will have a huge social and economic impact in developing countries. On the one hand, because it requires no technical staff to administer the vaccine. Second, considering that these countries cannot establish the necessary cold chain to maintain the properties of the vaccine - many, when it is administered are already damaged, causing huge losses - oral vaccines are theoretically more stable, allowing therefore a more effective vaccination", highlights the project coordinator, Olga Borges.

Another added value, supports the Faculty of Pharmacy, "unlike the injectable vaccine that is not capable of producing specific antibodies at the mucosal level, oral vaccine induces the production of a high concentration of antibodies that lock viral entry. It is a great advantage, given that hepatitis B is a sexually transmitted disease (entering through the mucosal level linked to reproductive organs), and, moreover, the main form of contagion in developed countries. In this case the virus will be fought on the front door of our body, preventing their release into the bloodstream." Finally, the researchers are convinced that this new vaccine could also bring benefits to those who are already infected with hepatitis B.

A new oral vaccine is the result of nearly a decade of scientific study, funded by the Foundation for Science and Technology (FCT) and by GlaxoSmithKline. Using nanotechnology, researchers have designed and produced fully, nanoparticles similar to the virus itself, in order to protect and transport the antigen (virus surface protein capable of stimulating the immune system to produce specific antibodies) securely until the organs of the immune system that will trigger any immune response.

In a very simplistic language, we say that the equipment built an "artificial virus" containing the antigen and adjuvant (so-called immunomodulators or immunopotentiators) which ensures the efficient transport throughout the course of the oral mucosa, protecting the antigen from various harsh environments containing enzymes and acids able to destroy.

The developed nanoparticles have a core composed of chitosan, a derivative of chitin, a natural polymer found in the cell wall of fungi and in exoskeleton of arthropods, which are associated antigen and immunomodulator. "These nanoparticles are then coated with a second polymer, sodium alginate, allowing its passage in the digestive tract without being degraded", observes Olga Borges. 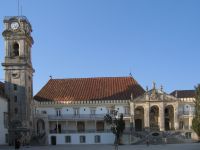 At this time, the group of the Faculty of Pharmacy has ongoing development of nanoparticles also enabling the administration of vaccine across the nasal mucosa, which may be more efficient with respect to induction of antibodies at mucosal reproductive organs .

To the question "When can this oral vaccine enter the market?", "from the scientific point of view, the work is done, but the commercialization of OPV depends on industrial interest because the next step will be the implementation for clinical trials."

The Coimbra research team meets the objectives of the WHO: the focus on development of vaccines which are more effective, cheaper, more stable and easier to administer.