John B. Gurdon and Shinya Yamanaka found that adult cells can be reprogrammed to become any type of tissue... 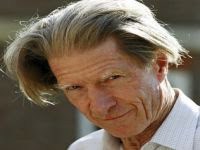 John B. Gurdon found that the specialization of cells is something that can be reversible

The Swedish Royal Academy of Sciences announced on Monday morning (8th) that the Nobel Prize in Physiology or Medicine for 2012 goes to the Briton, John B. Gurdon, 79, and the Japanese, Shinya Yamanaka, 50, for the discovery that adult cells can be reprogrammed and become pluripotent stem cells capable of becoming any other cell type in the body.

Among the applications of reprogramming cells is the creation of replacement tissues for the treatment of diseases like Parkinson's, and for studying the origin of disease in the laboratory, without the need to use embryonic stem cells.

"The discoveries of Gurdon and Yamanaka showed that specialized cells can change in time in development in certain circumstances," said the Nobel committee at the Karolinska Institute in Sweden, in a statement announcing the award winners of the prize of 8 million crowns (1.2 million dollars). "These findings also provide new tools for scientists from around the world and led to remarkable progress in many areas of medicine."

More than 40 years later, in 2006, Shinya Yamanaka discovered how cells of adult mice could be reprogrammed to become immature stem cells . He showed that by introducing certain genes, it was possible to reprogram adult cells to become pluripotent cells which are capable of developing into all cell types of the body.

Yamanaka received the news while home with family. Gurdon was in the lab doing experiments when he received the call that he would be announced the winner of the Nobel Prize for Medicine this year.

"I will go searching to be able to actually contribute to society and medicine as a duty," said Yamanaka, professor at Kyoto University, to a news conference.

"The only word that comes to mind is gratitude," he added.  John Gurdon said he is "grateful and amazed."

"I'm amazed and immensely grateful and amazed that have been recognized for a job done for so long," said Gurdon to Swedish radio in a telephone interview.

"Certainly, I'm very grateful to have been recognized with Shinya Yamanaka, who did a wonderful job," he added. Gurdon currently works in Gurdon Institute in Cambridge.

As a result of the economic crisis, the Nobel Foundation has reduced the prize to eight million kronor (1.2 million dollars, 930,000 euros) per prize, from 10 million crowns awarded since 2001.

The Nobel Prize in Medicine was the first to be announced this year. The Physics prize will be announced on Tuesday (9th), followed by chemistry on Wednesday (10th). On Thursday (11th), will be the time of the announcement of the prize for literature and on Friday (12th), the Nobel Peace prize.

The economics prize, which was not among the original awards, but was created by the Swedish central bank in 1968, will be announced on October 15. 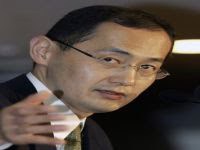 The announcement of the Prize for Medicine last year, to Ralph Steinman, Bruce Beutler and Jules Hoffmann generated confusion. Steinman had died a few days before and posthumous awards are not normally allowed. But the prize has remained since the judges were not aware of Steinman's death when they made the choice.

See the list of winners of the Nobel Prize in Physiology or Medicine:

* With information from news agencies