The debate about the possible harmful effects of GM foods came roaring back after a French scientific research linked the appearance of cancerous tumors in rats consuming GM corn. The study caused an uproar and the French Prime Minister, Jean-Marc Ayrault, came to announce incentive measures for banning GMOs (genetically modified organisms) in all of Europe, if it confirms the result of the harmfulness of the product.

In research published in the journal Food and Chemical Toxicology, 200 rats were fed for two years in different ways: the first group with NK603 grains of corn genetically modified and the pesticide Roundup, the second with the GMO, but without the pesticide, the third party without GMOs, but with the pesticide, and the fourth without GMOs or pesticides. The results showed a high mortality rate of the first three groups due to high incidence of cancer.

The images released were impressive: tumors the size of ping-pong balls that came to represent 25% of the weight of the mice. Females were more affected in mammary glands, and males, kidneys and liver.

In practice, transgenic non-food is consumed without the pesticide, since the grains are precisely modified to become more resistant to the product that only kills pests, not the plant. According to the project coordinator, Gilles-Eric Seralini, professor at the University of Caen, this was the first time that the long-term effects of GM and the pesticide Roundup were assessed in such depth.

The US-based Monsanto, the company responsible for the two products, and the largest producer of GM crops in the world, said in a statement that its researchers will review the document, but submit that "similar allegations were made by the same person and other pressure groups against biotechnology, and they were systematically refuted by peer reviewed articles, as well as by European Food Safety." The company also questioned the author's work, which "has largely been refuted by the scientific community in the past."

One of the main criticisms of the methodology was the use of Sprague Dawley albino rats. "The animal used is unsuitable, as it has a natural tendency to cancer. And they were below the number recommended" claims Leila Oda, president of National Biosafety,ANBio. The use of albino rats was also questioned in Europe, but in agreement with researchers from the Centre National de Recherche Scientifique, their presence is frequent in laboratories.

A ANBio representative also criticized the sensationalism around the news. "Those responsible for research should have contacted regulators immediately, instead of the media as it was done." She also claims that the tests were done on only one type of transgenic, corn, that is to say, even if the result is real, the problem may be in that specific GMO - which is not the case of the pesticide Roundup, one of the most used in the world .

The French prime minister has already warned the local press that he will oppose GM food if the danger is confirmed. "I ordered a quick investigation that can verify the scientific validity of this study. If the results are conclusive, Stéphane Le Foll (the French Minister of Agriculture) will defend the prohibition of GMOs on the European level," said Ayrault. The results are expected in late November.

The European Union restricts with rigidity transgenic food crops. Currently the planting of only two types of these products can be done:  810 corn, of the Monsanto and Amflora potato, BASF of Germany, that is no longer grown on the continent. However, large quantities of genetically modified crops are imported to feed livestock and form the basis of food for human consumption. There are 44 other types of GMOs allowed for trade.

In France, the creators begin to worry about the possibility of banning the import: "Our country imports 40% of all protein, especially soy, which is standard in the world market of GMOs. Between 75% and 80% of French cattle is fed a transgenic base," reported Valérie Bris to Reuters, the person in charge of animal feed of the Coop de France, which accounts for over two-thirds of companies of the sector.

Thus, banning the entry of GMOs into European territory would necessarily create an agrarian revolution. "The European Union imports about 40 million tons of soybeans annually, nearly all soybeans it consumes. I wonder where it could substitute for all this GMO," asks Lucilius Alves, professor in the department of economics at the College of Agriculture at the University of São Paulo. Brazil alone exported nearly 6 million tons of soybeans just to the old continent in 2010.

There is no doubt that in practice a restriction of this magnitude would be extremely difficult . And the question is not only in growing, but the handling of the crop. "It would be necessary to separate between GMO products and non-GMO, but the latter could be contaminated. The storage and transport would also have to be cleaned and maintained, so there is no residues or waste during the process of harvesting until the arrival in Europe," explains the professor.

The import of grain without genetic modification would be considerably more expensive, an increase of 12% according to Valérie Bris. "If the measure were adopted only by France, that would put us in a disastrous situation of competitiveness in comparison to other European countries," says the official in charge.

However, Alves believes that the entire European Union was actually determining the banning of GMOs and paying a higher price, producers would be interested in the business. "Will Europe be willing to pay extra for this product, for this segregation? If they were, it would be possible yes," he concludes. 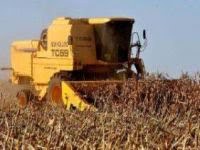