Placebo effect does not depend on conscious thoughts

The placebo effect was first discussed in the 18th century, when German doctors cured tuberculosis patients using aspirin. Doctors have pretended aspirin to be the latest and highly efficient remedy. Since then, placebo has been associated with self-cure. Recently scientists have presented evidence that the placebo effect does not depend on conscious thoughts. 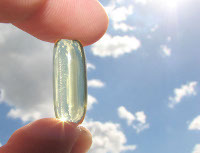 In a German clinic in the 18th century patients with TB were told that a sensational cure for their ills had been discovered that healed better than any currently known drug. The doctors would tell the patients about the drug every day, describing excellent chances for recovery in a great detail. They said that the medicine would be delivered in a month.

Finally, the "new drug" was brought to the clinic. The pills were given out to the patients, and the results were really striking: 80 percent of the patients have recovered. The latest and greatest drug was in fact regular aspirin that had no impact on the course of such a serious disease as tuberculosis.

This phenomenon, called the placebo effect, was formulated by the doctors as follows: placebo (from Lat. Placebo - Get Well) is a chemically inert material that does not have therapeutic properties, but has a marked therapeutic effect on the patient. The placebo effect until recently has been associated with conscious thinking. It was believed that human health was improved due to the fact that the patients believed in the efficacy of a drug or procedure that was neutral in reality.

From the Middle Ages terrible tortures and even executions were known during which the tortured were not caused any real damage. For example, prisoners were blindfolded and promised that their throat would be cut open. Then the executioner would hold a sharp object at the specified location, and his assistant would pour warm water on their throat to simulate blood. Unbelievably, the tortured would often die as a result. Their death was exactly reminiscent of the death from blood loss. This effect of malicious thinking was later called the nocebo effect.

However, quite recently, scientists have found evidence of "unconsciousness" of the placebo and nocebo effects. A research team from Massachusetts General Hospital in conjunction with the experts from Harvard Medical School showed that the placebo effect was based on the work of the unconscious brain. Their article Nonconscious activation of placebo and nocebo pain responses was recently published in the PNAS journal. The brain decides how a medicine will effect it even before the information about the drug is understood by the patient, the researchers claim.

The clinical and laboratory practice to date has accumulated a great deal of facts that cast doubt on the conscious nature of placebo and nocebo effects. Many cases suggest that they may occur without conscious processing of visual or verbal stimuli. Often the improvement or deterioration in the health of patients advances automatically, without conscious acceptance of the idea that the drug or procedure must have some impact on them. In these situations, imaging showed that the visual and verbal stimuli were processed by the brain of these people in the striatum, the evolutionarily more ancient parts and in the subcortical amygdala. Experiments conducted by the authors of the study confirmed the hypothesis that the brain "decides" on the effects of a drug unconsciously - even before we carefully analyze the information about it.

The experiments involved 40 healthy volunteers - 24 women and 16 men. The average age of the subjects was 23 years old. At the first stage of the experiment a heating element that generated pain signals of varying intensity was attached to each subject's arm. The participants were asked to rate the intensity of their pain on a 100-point scale while viewing the on-screen photos of people depicting weak or strong pain.

The subjects did not know that the temperature of the heating element throughout the experiment remained unchanged. Despite the fact that the thermal effect on the skin was the same, the level of pain was strongly correlated with the images on the photographs. The subjects evaluated their pain sensation at 19 points when they saw a person showing a slight pain on their face (the placebo effect), and at 53 points when they saw a person with a face strongly distorted by a grimace of pain (nocebo effect).

At the second stage the experiment was repeated with the only change: the photos of people experiencing pain of varying intensity were shown to the volunteers for only 12 ms, that is, in the stroboscopic mode that did not allow identifying and, especially, analyzing the expression. Once again, scientists were able to observe a clear effect of placebo or nocebo that was slightly weaker, but still pronounced. The participants who were unable to see or analyze the photos flashed on the screen, rated their pain at 25 points when a picture of a person will little pain flickered in the stroboscopic mode, and 44 points if they were shown a face distorted with a grimace of strong pain.

It turns out that the mechanism of the placebo and nocebo effect, regardless of the awareness of the study subjects, produced signals. "This is an automatic and more fundamental than belief and conscious expectation mechanism that regulates our reactions and behavior. It is equally important that using this experimental model, combined with functional MRI mapping of the brain, we can further explore the placebo effect," said one of the authors of the study, Kong Jian.

The information recently received from the biologist Peter Trimmer from the University of Bristol supports his conclusions. According to Trimmer, many animals have something similar to the placebo effect. Siberian hamsters living in cages with the light styling winter and summer seasons have a much weaker immune system during the "short light days" and "long winter nights." But as soon as the mode of illumination is changed to the opposite, the immune system of the animals improves.

If the mechanism of the placebo effect is discovered, the scientists could create a highly efficient and friendly new-generation drugs, whose effect would be based not on the direct intervention in the work of various systems of the body, but the activation of defense scenarios at the brain level.