Fukushima and Hiroshima are on Japan's mind

This week the Japanese media is talking about two things: an anniversary of the nuclear bombings of Hiroshima and the urgent need to commission as many units of nuclear power plants, suspended after the tragic events at the "Fukushima-1," as possible. Despite the energy crisis, Japan has held mass demonstrations against nuclear power. 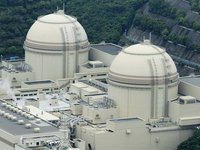 The fact that Japan has the permanent energy crisis is obvious and not doubted by anyone. However, it was felt especially strong after the tragic events of March 11, 2011. Then, as a result of the largest earthquake in Japan, there was a radiation accident with local consequences

At the nuclear power plant "Fukushima-1" three working units were stopped by the emergency protection, all emergency systems worked normally. However, after only an hour power supply was interrupted (including the backup diesel generators) because of the tsunami that followed the earthquake.

Power is required for cooling shutdown reactors that actively produce heat for a considerable time after stopping. At a Russian-built nuclear submarine, for example, the residual heat registers one week after the reactor stops. In the reactors installed on the "Fukushima-1" these processes can take up to 20 days.

Immediately after the loss of the backup diesel generator, the plant owner told the Japanese government about an emergency. By and large, the elimination of the consequences of the "Fukushima-1" accident still continues to this day. According to the plan, with time protective concrete sarcophagus will be installed over the three blocks, which will prevent leakage of radiation into the atmosphere. They are now being completed. Mass demonstrations against the existence of the country's nuclear energy are still ongoing in different cities of Japan.

Against the background of strong radio-phobia timid voices of representatives of major Japanese business and government emerge in the Japanese press. Businessmen and government officials say in unison that if by September the work of several large blocks of nuclear power plants is not restored, the industrial economy of Japan may expect a collapse in late September of this year.
It is understandable: usually this time of the year the Japanese economy experiences an upswing that takes an enormous amount of energy. Nearly all of the "non-nuclear" energy in Japan is imported. But the "deposits" of the yen in the country are not as limitless as it may seem.

Against this background, the sad anniversary of the atomic bombing of Hiroshima looks unusual. One of the most famous Japanese newspapers, Sankei Shimbun, on August 6 published a detailed chronology of the terrible explosion in 1945. It is worth noting that the tragedy of Hiroshima and Nagasaki is covered by the Japanese media every August in great detail. This time, Sankei Shimbun provided some details that have not previously been reported. Incidentally, the newspaper has not disclosed the source of this rare information.

In the morning of August 6, 1945, an American B-29 bomber commanded by Colonel Paul Tibbets dropped an atomic bomb "Little Boy" equivalent to 13 - 18 kilotons of TNT on the Japanese city of Hiroshima. Three days later, on August 9, 1945, an atomic bomb ""Fat Man" was dropped on Nagasaki by pilot Charles Sweeney, commander of the B-29 bomber "Bockscar". The total number of victims ranged from 90,000 to 166,000 people in Hiroshima and 60 to 80 thousand people - in Nagasaki. The role of the atomic bombings in Japan's surrender and the ethical justification for the bombing still cause heated debates.

On August 15, 1945, Japan announced its surrender. The act of surrender that formally stopped the Second World War was signed on September 2, 1945. The details of the events start emerging that show that the event did not have to develop so dramatically and that the United States could have done without the atomic bombing of Japan if it did not want to scare the Soviet Union.

According to the Japanese newspaper, the agreement that provided for the probability of use of atomic weapons against Japan was signed in September of 1944 at a meeting of the U.S. President Franklin D. Roosevelt and British Prime Minister Winston Churchill in Hyde Park.
By the summer of 1945 the U.S., supported by the UK and Canada under the Manhattan Project, completed the preparatory work for the creation of the first tests of the existing nuclear weapons. On July 16 at the landfill in New Mexico the world's first successful test of an atomic weapon was conducted. The power of the explosion was about 21 kilotons of TNT.

On July 24 during the Potsdam conference the US President Harry Truman informed Stalin that the US acquired new destructive weapons. According to Truman's memoirs, Stalin waved him off, lit up his pipe, and did not show particular interest. He only noted that he was happy and expressed hope that the US would be able to effectively use it against the Japanese.

Churchill, who closely watched Stalin, thought that Stalin did not understand what Truman meant.

According to the Japanese historians whose conclusions are referred to by Sankei Shimbun, one of the reasons for the atomic bombing of Japan was an attempt to morally and psychologically impact Stalin. After all, everyone was very clear that under those circumstances Japan would have lost the war without the bombing.
If this version is correct, then the Americans were wrong: the bombings of Japan did not affect Stalin in any way. He was true to his principles, so a few years later the West had to declare a "cold war" with the Soviet Union that detonated its own bomb some years after. The nuclear blackmailing was not successful.