Air France 447: Looking for a conclusion

Much has been written about the Air France Airbus 330-200 flight 447 from Rio de Janeiro to Paris which fell out of the sky on Monday, 1 June 2009, crashing into the Atlantic Ocean at hundreds of mph, killing the 216 passengers and 12 crew. Much had been written before the flight recorders were found in April 2011 and much since. Without conclusions 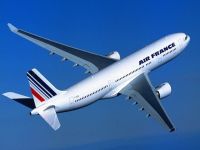 Putting together the findings from the so-called black boxes, which are in fact orange, and the analysis of various experts, the conclusion we reach was that once again for there to be a fatal air incident, there has to be a convergence of three or more vectors at the same time, which makes air travel that much safer than any other means of transport.

Sifting through all the information, let us separate conjecture from fact. Some have insinuated the aircraft was overloaded (in which case it would not take off because the captain would not have signed the load sheet), or that it was so heavy that the pilots would not have taken any evasive action which could involve having to refuel at an airport before reaching Charles de Gaulle in Paris. True, aircraft running out of fuel before they land is not unknown, neither is the practice of paying the flight crew a bonus for fuel economy but not the main carriers and no pilot in his right mind is going to fly, putting his own safety and that of his passengers, at risk without having a sensible fuel reserve in the tank.

Starting with the storm

We may start then with the storm, and where it was, in the ICTZ, the Intertropical Convergence Zone, where monster storms composed of ice, cumulonimbus and lightning can reach forces equivalent to an atomic bomb, and reach up to 50,000 feet in height, way above the ceiling of a commercial passenger aircraft (the Airbus has a ceiling of 41,000 feet).

While these storms appear on the on-flight radar, what probably happened in this case was that a smaller storm was hiding the monster behind it and when flight 447 realised what was happening, it was too late - it had flown smack into the middle of one of the worst storms in recent history.

In this situation, to ride through the turbulence more easily, the aircraft lowers speed and auto-thrust takes over, reducing the power in the engines. In the Airbus cockpit, there are no force or buffet cues through the side-sticks (in other aircraft you can see the levers moving back for instance, alerting the pilot that something is happening which can be over-ridden by pushing the throttle forward) and because it uses an FBW (fly-by-wire) system, the stick is passive. This means that the flight controls are performed by electronic impulses. Lose them and...

The question of pitch and aerodynamic stall

As the aircraft was buffeted and thrown around by the storm, it is probably that it hit some super-cooled water - water in liquid form at minus 40 degrees, which is a very rare phenomenon - which upon hitting the three pitot-static tubes which indicate air speed and pressure, froze them, sending the electronic indicators haywire.

The onboard computer system, receiving multiple inputs which did not make sense, shut down (a signal to the pilots to take over because it does not understand what is happening). By then the pilots were losing 10,000 feet per minute as all hell broke loose in the cockpit around them - 24 faults recorded in 4 minutes 16 seconds, with audio and visual alarms flashing around them, no visibility, no situational awareness, the screens by this time blanked out with the conflicting inputs...

Sensing the aircraft had entered an aerodynamic stall (which has nothing to do with when the car motor stalls), the First Officer at first pulled back further on the stick, raising the nose and trying to get more lift by increasing airflow under the wing. What was probably happening by then was that the aircraft was losing lift by having the nose up too high, having an angle of attack which was exaggerated, sending it plummeting to the ground.

The standard procedure in such situations is to lower the nose, picking up speed and allowing pitch and power to do the rest. This is drilled into every pilot in stall recovery drills from the moment they step into a single-engine light aircraft when they start their career.

Spare a thought for the pilots

In the four minutes it took the aircraft to belly-flop from 41,000 feet to go slamming into the Atlantic at a G-Force which would have killed all on board instantly, tearing their organs apart and breaking bones with the impact, imagine what the pilots were going through up in the cockpit with terrifying alarm signals going off all around them, the last one being the GPWS - Ground Proximity Warning System, saying firstly "Sink Rate Pull up!  Sink Rate Pull up!" then "Terrain Pull up! Terrain Pull up!"

The computer had handed them a sinking ship, they were being tossed around in a storm. Whether or not pilots these days have enough training in SIMS and rely too much on automatic systems is a question of conjecture. What they tried to do in that Airbus would have been right in some conditions but not those in which they were inserted.

If we conclude by saying that since 2003 there have been 36 incidents with pitot tubes becoming frozen and that Airbus recommended in 2007 that all the pitots should be replaced by the upgraded tubes...and that the aircraft flying 447 had not been upgraded by 2009, we reach our conclusion.

Once again, several vectors: the monster storm, the extreme conditions it produced, the pitot tubes giving false or zero ASI (Air Speed Indication), the First Officer initially losing altitude by pulling the nose up instead of pointing it downwards.

All pilots since this incident pay particular attention to conflicting airspeed indications during routine training programmes. At the end of the day, pilots are human beings. It is easy to say "pilot error" but let us spare a thought for the extreme conditions these men were in, before they, too, died. 447 highlights the extreme pressures those in the cockpit, sitting on the left or on the right, are subjected to.