Indicators suggest the arrival of El Niño, say Australians.  The Australian Bureau of Meteorology says that temperature increases indicate the beginning of the Pacific weather phenomenon... 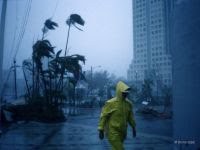 Climatic indicators in the Pacific continue to show signs that El Niño should occur in the coming months, the Australian Bureau of Meteorology said on Tuesday (3rd). Among other signs, the temperature in the eastern and central Pacific Ocean continues to rise over the past two weeks, and is about one degree above average, he added.

During El Niño, much of eastern Australia is drier than normal in winter and spring, potentially affecting winter crops, including wheat.

"There is a slight chance of El Niño weather conditions developing between July and September but the strength of any such event, usually associated with significant changes in precipitation, is unknown, the World Meteorological Organization said on Tuesday.

"Now we're saying El Niño has a slight edge over neutral conditions," WMO spokeswoman Clare Nullis said.  While most climate models were predicting El Niño, some dynamic models and at least half the statistical models still pointed to neutral conditions."

In general, an El Niño situation is characterized by more tropical storms and hurricanes in the eastern Pacific and a decrease in the Atlantic, Gulf of Mexico and the Caribbean Sea.

The last report from weather sources is that the Atlantic is cooler than normal, which would go along with the predictions of an upcoming El Niño season.