NASA suffered an invasion of hackers and stolen laptops 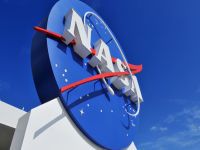 The U.S. space agency said it suffered attacks and robberies between 2009 and 2011, but no operation was threatened...

The NASA inspector general, Paul Martin, had reported this week in a speech to Congress on the loss or theft between 2009 and 2011 of at least 48 mobile devices - cell phones and computers - which contained sensitive information.

In 2011, the disappearance of a computer resulted in the loss of algorithms used for command and control of the International Space Station, said Martin.

However, in a statement released on Friday, a spokesman for NASA, Lauren Worley, indicates that the agency, "takes very seriously the issue of security of its computer technology, and at no time were ISS operations threatened by an interference in the data."

"NASA has made significant progress in protecting agency information technology systems and is now seeking to implement the recommendations made by the inspector general in this area," he adds. Some of the robberies suffered during this period resulted in the loss of sensitive information including "third party intellectual property, subject to export control and personally identifiable information."

Moreover, according to Martin, the missing computers contained social security system numbers and data on the Constellation Program and NASA's Orion. The actual number of stolen devices could be even higher because the agency depends on its employees to report disappearances.

During 2011, according to Martin, NASA was the target of at least 47 advanced persistent threats to their computer systems. In 13 of these cases, the hackers were able to enter the agency computers. In 2010 and 2011, there were 5,408 incidents related to cyber security, responsible for unauthorized intrusions and the installation of destructive programs to agency systems.

These attacks cost NASA about $7 million.

The incidents include both invasions by individuals who only seek to prove their ability to circumvent the security codes of the agency, criminal activities in the pursuit of money and interventions sponsored by the intelligence services of other countries.

In one case, hackers linked to email addresses in China gained access to sensitive systems and accounts at the Jet Propulsion Laboratory. NASA "had complete control of these networks." Among other things, that level of access could have allowed attackers to modify, copy or delete sensitive files.