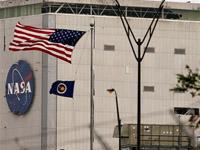 NASA has stoked the imagination of millions by talking about exploration of life on other planets because of the possibility of other planets being able to sustain life.

However, just having water and the right conditions to support life is not the same as what is required for life to come into existence.

For example, we all know that oxygen is necessary for life. What many don't realize, however, is that although oxygen is necessary for life's processes, the presence of oxygen would actually prevent life from coming into being. This is because oxygen is destructive (i.e. it causes decay and rust).  For oxygen to be safe there must be mechanisms already in place to control, direct, and regulate oxygen. All life forms have these mechanisms.

The latest scientific evidence from geology shows that there, indeed, was oxygen in the earth's earliest atmosphere.

Stanley Miller, in his famous 1950's experiment, made sure that there was no oxygen mixed in the laboratory atmosphere he used to produce amino acids, life's building blocks. Miller also had a device to protect the amino acids once they were formed or otherwise they would have been destroyed by the very random energy that produced them!

Mathematicians have said any event in the universe with odds of 10 to 50th power or greater is impossible.  The probability of just a single average protein molecule arising by chance is 10 to the 65th power!

Of course, once there is a complete and living cell then the code and mechanisms exist to direct the formation of more cells. The problem for atheists is how did the cell originate when there were no directing code/mechanisms in nature. Natural laws may explain how a cell or an airplane works but undirected natural laws cannot bring about the existence of either.

Science cannot prove that we're here by chance or design. Neither was observed. Both are positions of faith. The issue is which faith is best supported by science. Let the scientific arguments of both sides be presented.  No one is being forced to believe in God, so there is no violation of separation of church and state.  Money from taxpayers on both sides of the issue is used to support public schools. It is only fair that in public schools, at least, the scientific arguments of both sides be presented.

There's a good explanation for why life may exist on Mars. In the Earth's past there was powerful volcanic activity which could have easily spewed dirt and rocks containing microbes into outer space which not only could have eventually reached Mars but also ended up traveling in orbit through space that we now know as meteors. A Newsweek article of September 21, 1998, p.12 mentions exactly this possibility. "We think there's about 7 million tons of earth soil sitting on Mars", says scientist and evolutionist Kenneth Nealson. "You have to consider the possibility that if we find life on Mars, it could have come from the Earth" [Weingarten, T., Newsweek, September 21, 1998, p.12].

NASA knows all of this but looking for life on other planets is a powerful way to motivate people to want their government to give more and more money to NASA. NASA, after all, is a business with hefty salaries at stake.

The author, Babu G. Ranganathan, has his bachelor's degree with concentrations in theology and biology and has been recognized for his writings on religion and science in the 24th edition of Marquis "Who's Who In The East." The author is well known for his Internet article "Traditional Doctrine of Hell Evolved From Greek Roots."